Trial continued yesterday in an Akure High Court in the case of a missing child, Kolawole Gold as the defense brought police witnesses and the children’s teachers standing trial as witnesses. 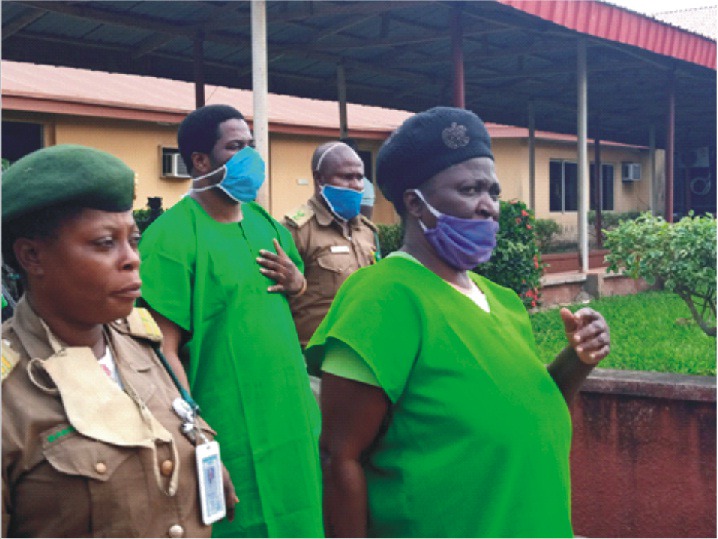 The seventh witness, Okunfolarin Orimisan with force no 140850 attached to State CID, Akure as the legal Admin Officer while being led in evidence by the lead defense counsel, Olusola Oke said he was in court following summons received. The counsel sought to tender the summons as an exhibit before the court.

Following the prosecution’s acquiescence, the presiding judge, Justice Olusegun Odusola admitted the exhibit as an evidence before the court.

Orimisan explained that his duty was to receive, certify and dispatch all public documents before him and serve as a liaison officer between the investigation team and the authority.

The witness while narrating his part in the investigation of the case confirmed the documents that were certified by him. As the lead defense counsel applied that they be admitted as exhibits, they were also duly admitted before the court as evidence.

During cross-examination by the Director of Public Prosecution, Grace Olowoporoku, the witness admitted that he was not part of the investigation team and was not aware when the investigation started and ended. The eighth witness, Ibrahim Akeem was the Investigative Police Officer.

He testified that the parents of the missing boy, Temitope and Modupe Kolawole along with one Esther Kolawole came to their office around 4 p.m to lodge a complaint that their son, Gold Kolawole was kidnapped by an unknown person.

Following his instructions, he said that they came with a petition letter against Alfa Babatunde which he submitted to the Deputy Commissioner of Police in charge of State CID, Isola Babaita for approval.

He testified further that the first defendant, Alfa Babatunde was invited along with the third defendant, Margaret Oyebola to their office and they were interrogated on the development by Supol Oludaye in his presence and before the complainants.

He said that the first defendant was ordered to provide the children teachers. He explained that the Commissioner of Police then, Udie Adie urged them to collaborate and look for the baby but said that they came with a negative report to the commissioner. 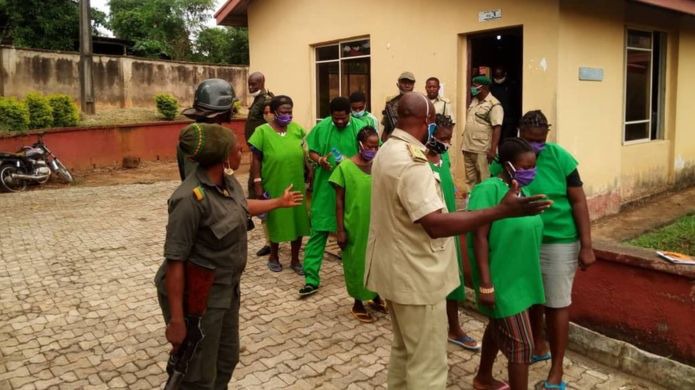 He narrated that the phones of the complainants and defendants were collected. He explained that soon after this, the lawyer came to tell the police that a message for ransom came upon the phone of the first defendant and they had forwarded the phones to network providers for forensic investigation.

He further testified that the first defendant’s lawyer claimed that he suspected the missing boy’s father, one Esther Kolawole of kidnapping the baby.

Reacting to the allegation that the police did not do anything about the case, the witness said that the case file was forwarded to the DPP and they were waiting for that before they could charge the suspects to court.

During cross-examination by one of the defense counsels Akinyemi Omoware, the witness stated that the police tried all they could to locate Esther Kolawole all to no avail.

Also cross examined by the Attorney-General and Commissioner for Justice, Adekola Olawoye, the witness admitted that they could not find any record of Esther Kolawole at the school she claimed to attend.

The ninth witness, Yinka Omodara said that she was in charge of registration of children brought to the children department and that she registered the missing boy in the church register as number 87.

She testified that at sometimes later she lifted her head and saw Gold mother’s companion feeding some of the children and the Mother met her there at that point.

She said that the mother however came back later and raised alarm that she couldn’t find her child and the children teachers joined her to look for the child.

The next witness, Margaret Oyebola also testifying shared the same narration with the court.During cross-examination by O.C Ologun, the witness said that she was not aware that the child was not walking yet.

She equally agreed that the child was taken away under her watch as the HOD. She stated that the father’s sibling, Esther Kolawole came to feed the baby and later came to take the baby away.

The next witness, Grace Egunjobi also claimed that she saw Esther Kolawole feeding the missing boy along with some other children although she did not notice when she left.

She explained that she was on errands when the disappearance was discovered by the mother and met the department in an uproar when she came back from her errand. She then narrated how her sick husband died following her remand at Olokuta .

She told the court that he had been bedridden for a while before her incarceration and she had been the one taking care of him.

The trial judge consoled her and urged her to accept the situation as one of the dissimilitude of life.

During cross-examination by Bola Joel Ogundadegbe Esq, she admitted that she did not tell the police that a strange woman was feeding the children.

Also, one of the defendants, Motunrayo Egunjobi shared the same testimony as others before her. She stated that she saw Esther Kolawole leaving with the child and that when the mother came to ask for the baby.

She had told her that her sister In-Law left with the child although she came back few minutes later to raise alarm with the claim that she was the only one that brought the child to the children department.

She however denied ever telling the mother, Modupe Kolawole that children’ disappearance was a common thing in their church.

The seventh defendant, Peter Anjorin while being led in evidence by his counsel, Olalekan Akinrinsola said he is an in-law to Prophet Alfa Babatunde and a member of the church.

He claimed that he had no hand in aiding and abetting kidnapping as he was in the adult church.

On the allegation of destroying evidence, he said that he did not do it.

He explained that on December 10, his sister called him on phone to drive her husband to the DSS office.

“At about 8 p.m, we were asked to leave. The DSS said that they were not yet through with the prophet and asked us to leave. As we were going, one of them approached us and asked me to pick valuable things that we have inside the car. So I picked our phones,” he explained.

Testifying further, he said that the officer assured them that there was no need for him to write down what he had picked and that he and the lawyer left thereafter. He said that they met his sister by the gate of the DSS as they drove out and had handed her husband’s phone over to her.

He explained that it was about a week later when he took his sister to see the prophet at the DSS office that one of the officers invited him inside, and asked him how he was able to take the phones away from them and he explained to him. He said that despite his explanations, he was detained.

During cross-examination by the Director of Public Prosecution, Grace Olowoporoku, he said he was an instrumentalist although he maintained that he was not a worker with the church 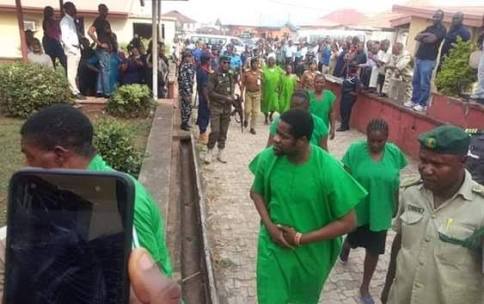 He said that when his statement was taken, the part that he was asked to remove all valuables from the car was expunged from it and that when he complained, the officer interviewing him asked him not to worry.

The DPP put it to him that his statement only read that he was asked to check and ascertain and not to remove any valuables to which he replied that he was asked to take them. After the cross-examination of the last defendant, the trial judge, Justice Olusegun Odusola adjourned the case till 22 and 23, July, 2020.

What are your thought about this latest witness?

See You In My Next Trending News Like This...

The Federal Government Does Not Place Sheikh Gumi Above The Law