By Infogist (self meida writer) | 6 months

A yet to be identified policeman was killed by hoodlums disguised to be EndSars protesters in Anambra state on Thursday, 22nd October, 2020. 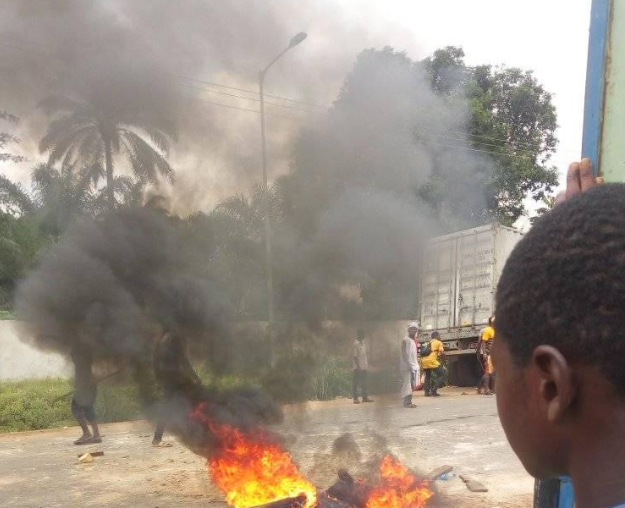 According to the statement released by the state Police spokesperson, SP Haruna Mohammed while giving updates on attacks on police stations and government properties. Three police officers sustained injuries while one was beheaded and set ablaze.

According to Haruna, mobs attacked Central Police station (CPS) and set ablaze, they also attacked Nnewi Area Command, 3-3 Division, Ogbunike, Ichi Police station and burnt the police vehicles as well as the buildings. The mobs also cart away with exhibits kept in the police stations Haruna said. The injured police officers were rushed to hospital where they are responding to treatments.

According to Haruna, police operatives in collaboration with community vigilante groups resisted the attempt by the hoodlums to attack CPS Awka, Okpoko, Oraifite, Otolo, Amichi and Oba Police stations.

Two persons were killed in Nnewi while five persons were attacked on Onistsha, three amongst the five has been confirmed dead while two are still receiving treatment.

Ladies, Upgrade Your Wardrobe With These Stunning Dresses

Ask For God's Blessings Today, By Saying These Prayers.