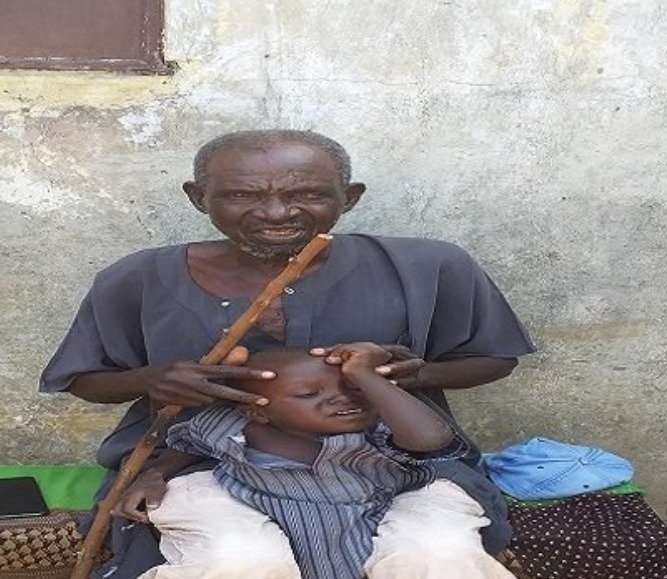 Papa Jato's daughter, 25 years old Lami Jato and his neice, Renita Bitrus were both abducted on a farm by armed men suspected to be members of the dreaded Boko Haram group in Borno.

Papa Jato who currently resides at the Christian Association of Nigeria's Internally Displaced People's (IDP) camp in Maiduguri was contacted recently by the abductors through Renita's phone and they demanded 20 million Naira before his daughter and his niece are released to him.

Lami Jato is a graduate of Sir Kashim Ibrahim college of Education while Papa Jato's niece, Renita is married with two kids.

They were both abducted while working on a farm with five men. Initially, the 7 if them were abducted but the abductees released 4 men while holding on to the two females and the farm's tractor driver.

The 75 year old man has appealed to the abductors to please have mercy has he has no means of raising such amount of money.