Here are pictures of suspected kidnappers arrested in Benue state by the troops of Operation Whirl Stroke alongside Kidnapped victims rescued by the soldiers.

The military in continuation of its aggressive clearance operation in the North-Central region of the country to get rid of criminal elements, recorded successes against kidnap gang and its kingpins. 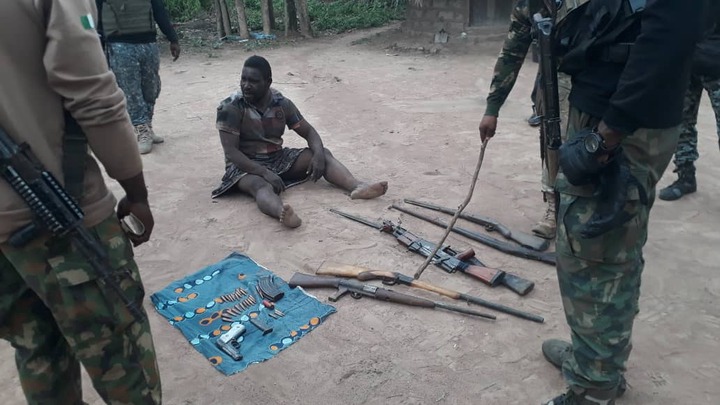 According to reports, the notorious kidnap syndicate terrorizing the general area of Igbom village in Nenzev council ward of Logo LGA, were apprehended following credible intelligence on their activities.

Nigerian soldiers of the sector 2 and 4, carried out a raid on the 16th of July, 2020 at the kidnappers den located at Tomayin village in Logo LGA of the state. They engaged in a shoot out with the bandits and overpowered them with superior fire forcing some of the armed bandits fleeing in disarray into the bushes.

The military gave the criminals a hot chase leading to the killing of one Zwa Ikyegh, the ring leader while others escaped with bullet wounds. The successful military operation equally led to the rescue of 32 kidnapped victims some of whom have been in captivity for over a month.

The rescued victims have also reunited with their families in different communities in the area. One AK 47 rifle, one AK 47 magazine, 6 locally made rifles, one locally made pistol and its magazine, 22 rounds of 7.62 Special ammunition, 2 cartridges, 2 motorcycles and locally made charms were recovered after the operation. 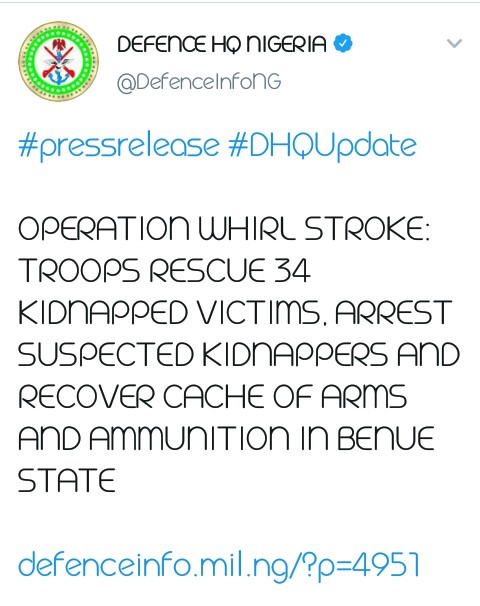