How God saved me and my husband after SARS labelled him a kidnapper, fraudster and a cultist 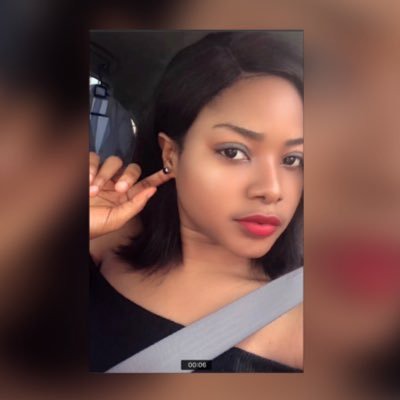 A woman, Mrs Chinwe Chekwa, has narrated what her eyes and her husband's eyes saw in the hands of SARS operatives who accosted them on their way to the east in Lagos State.

She said they were on their way to Benin, when SARS operatives stopped them and they collected her phone and her husband's phone and when they started searching through it, they saw a chat he had with a friend about a legal business proposal, and the problem started from there.

Her husband was labelled a Yahooboy, a kidnapper, cultist,all at once and that if he wants them to settle it, he should give them #200,000. The two couple insisted that he wasn't into such, and due to this, he was forced to their police station where he was threatened severely.

They took him to the back of an uncompleted building and he was threatened that, if he doesn't cooperate with them, they will cut him into pieces, but this time around, they are demanding for five million Naira, after they have confiscated his international passport, business identity card, his phone and other valuables he was having on him. Still, he didn't give in to their demand.

Then at a time, he asked them to give his wife her phone, since he was the one they arrested and not his wife, and after his wife received her phone, she immediately called segalink.

It was segalink who swung into action and got her husband released in less than one hour, after her husband spent more than 10 hours in detention. 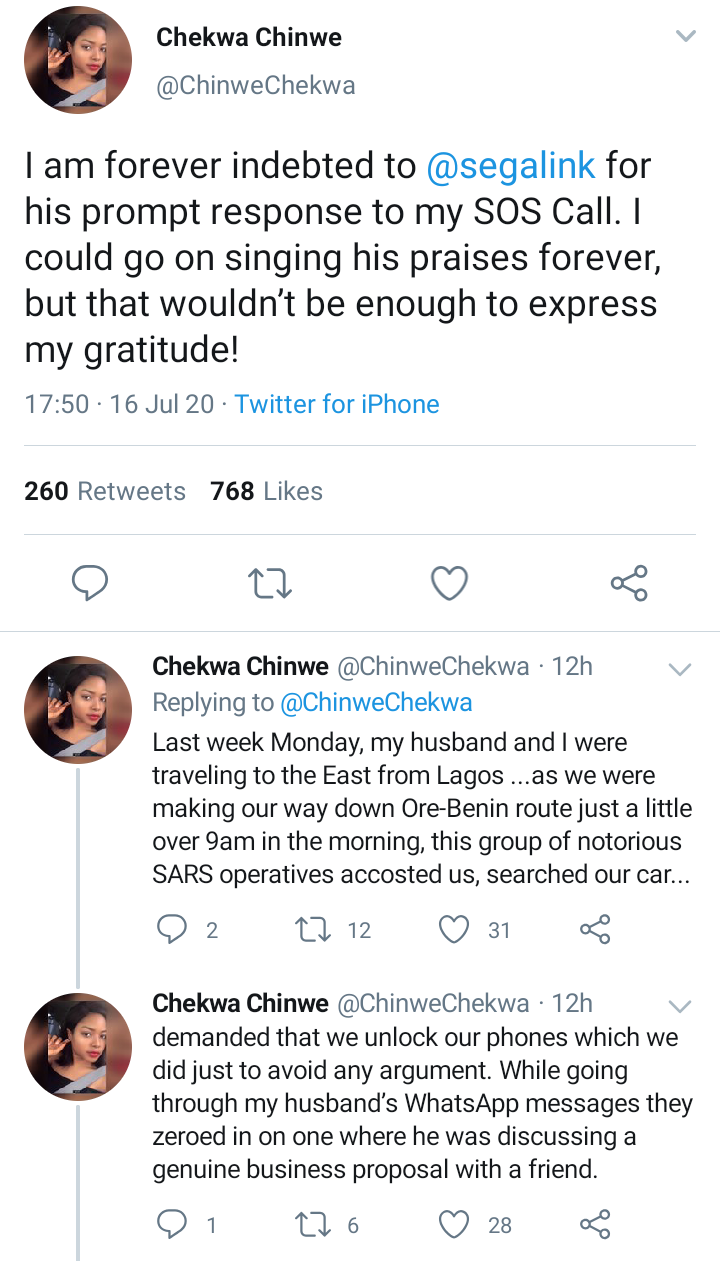 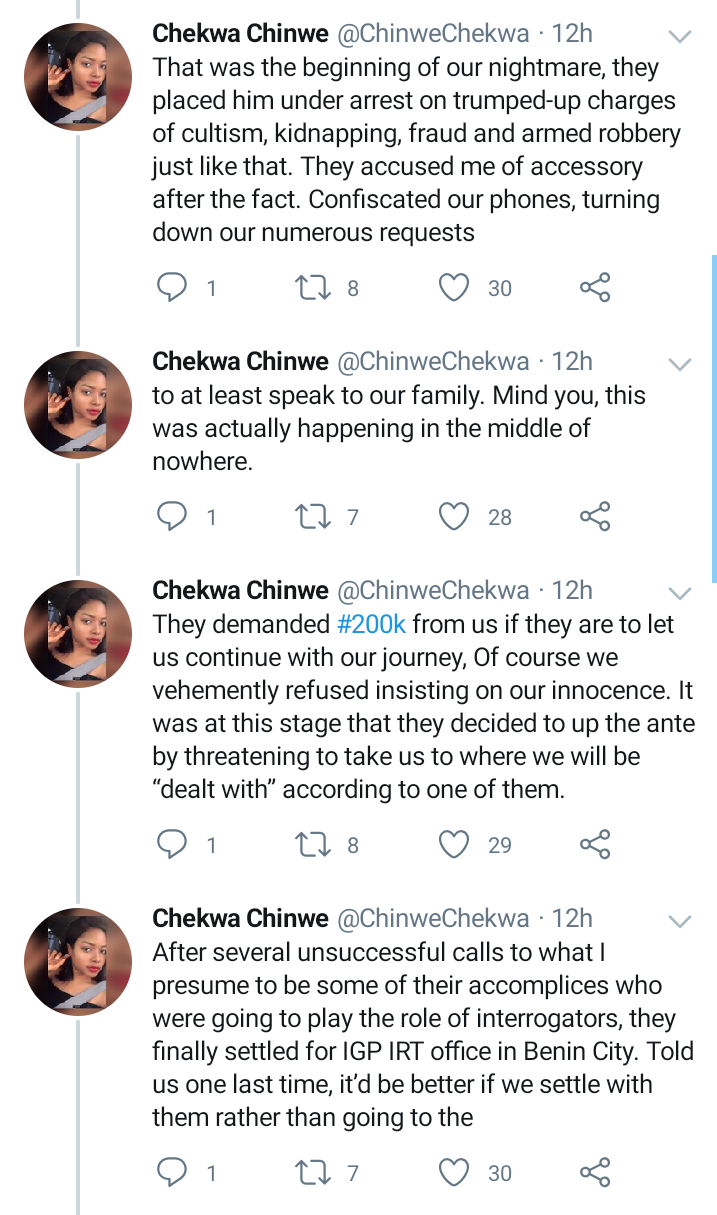 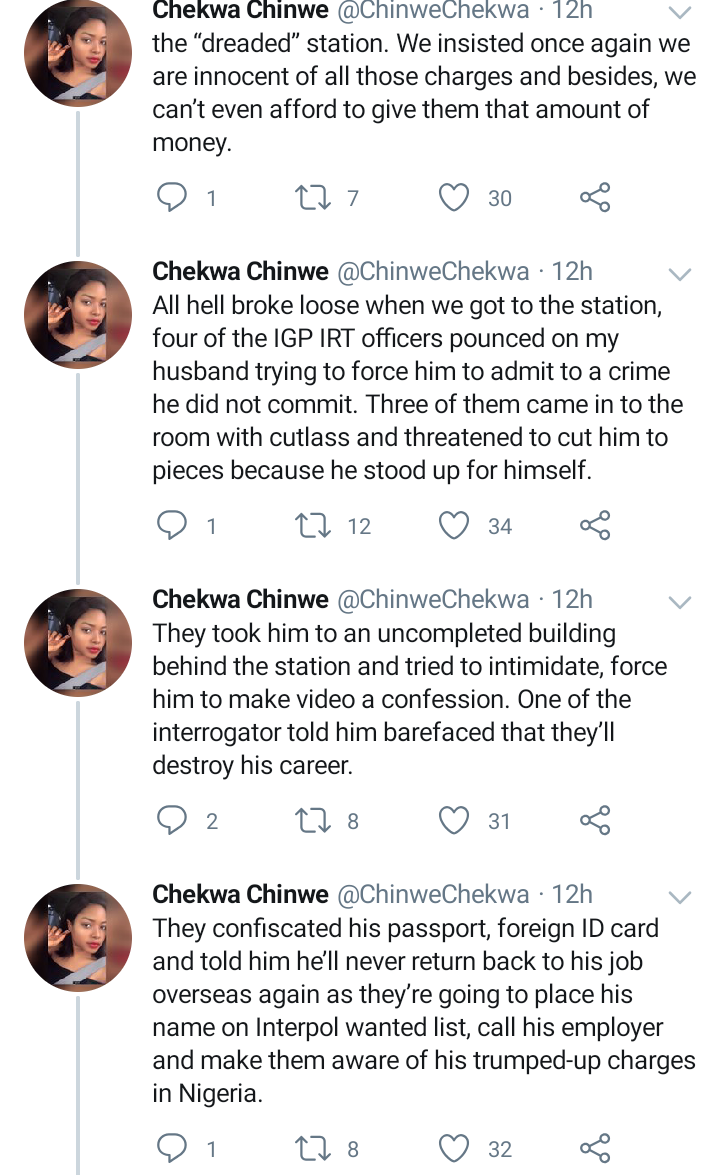 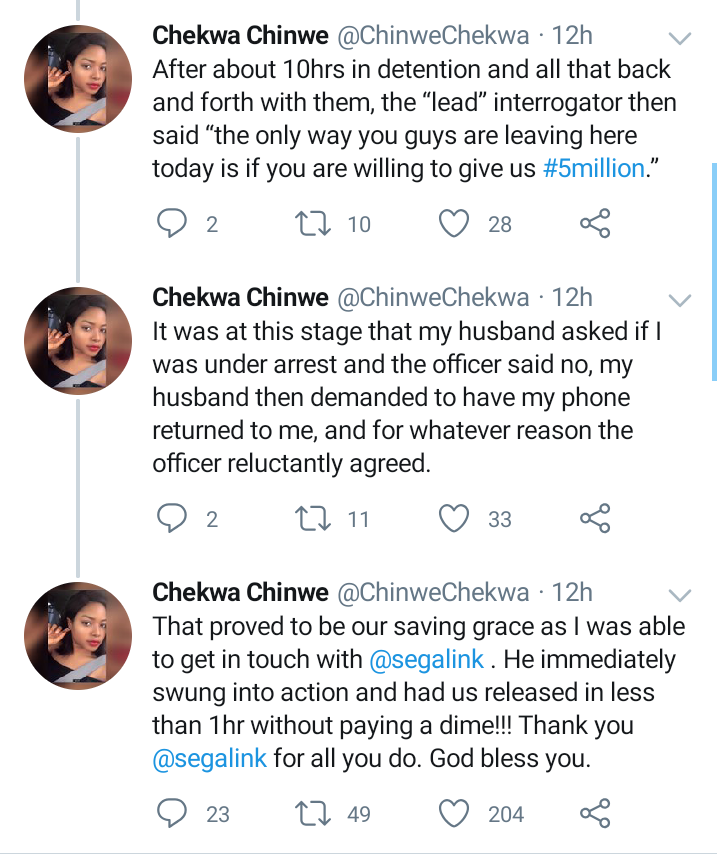