By Lasgidiway (self media writer) | 2 years ago 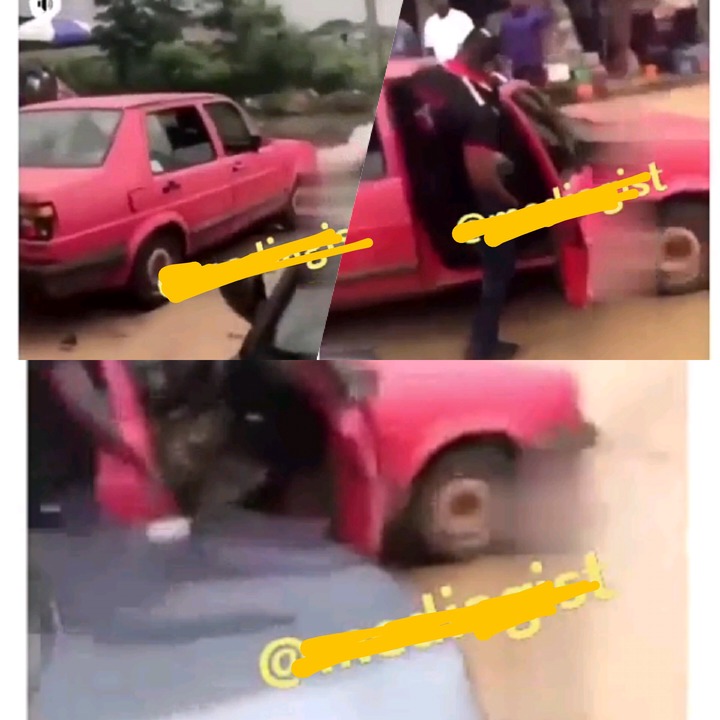 Police brutality is gradually becoming a norm in the Nigerian society and from the looks of things ,Nigerians are beginning to build resistance.

A video currently surfaced online which shows an angry Nigerian youth hurling insults at SARS Operatives in defense after being accused of being an Internet fraudster.

According to the information gathered, the SARS operatives had allegedly come down from a red car and approached the young man whose voice could be heard in the background, accusing him of being a Yahoo boy, hence attempted to arrest him.

The man who however got upset at the cheap allegation leveled against unleashed his anger on the officers and started attacking them verbally for tagging him wrongly without proof.

The young man who got so upset with the allegation made against him vented out his anger on the operatives and hurled insults at them for accusing him of a crime without evidence.

And after the brave step taking by the young lad to fight back and defend himself, the SARS Operatives made their way to

After raining insults on the officers for their actions, the SARS operatives made their way to their car, entered, and drove off.

Nigerians have however commended the guy's brave action, but also advise those who have intentions of drawing courage from this video and attack SARS officials incase they get disturbed should Please stop and never try to engage in such activities.

This might be lucky with this set of SARS Operatives and following his footstep might be a death trap.

Below are screenshots of people's comments Content created and supplied by: Lasgidiway (via Opera News )