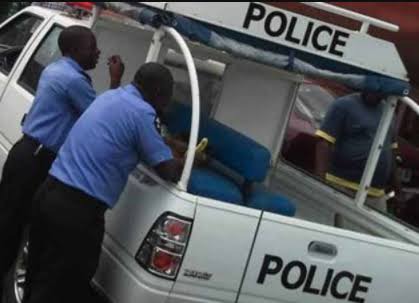 The Ondo State Police Command has arrested a woman for allegedly killing her ex with the help of her lover. According to reports, the woman is identified as Iyabo Julius. Iyabo Julius is believed to be in her mid 20's. She made an arrangement with her lover, Adedayo Sunday, to rob and kill her ex, Suleiman Azeez. Mr Azeez was the former boyfriend of Iyabo.

The sad incident occured in the 12/12 area of Ore, Odigbo Local Government Area of Ondo state. Mrs Iyabo Julius connived with her lover, Adebayo Sunday and Jeremiah Monday, to kill her former boyfriend, Suleiman Azeez so that they can easily get married once they succeeded in killing him.

Suleiman left his house for his routine motorcycle business, but he never returned home. He was later found dead along the roadside. After the murder of Suleiman Azeez, the suspects took his motorcycle to an area with the intentions to sell it off. Unfortunately for them, the Ondo State Policemen trailed and arrested them.