Breaking: NAF Reveals Identity of The Killer of Pilot Arotile, Hands Over Case To Police [PHOTOS]

Breaking: NAF Reveals Identity of The Killer of Pilot Arotile, Hands Over Case To Police [PHOTOS] 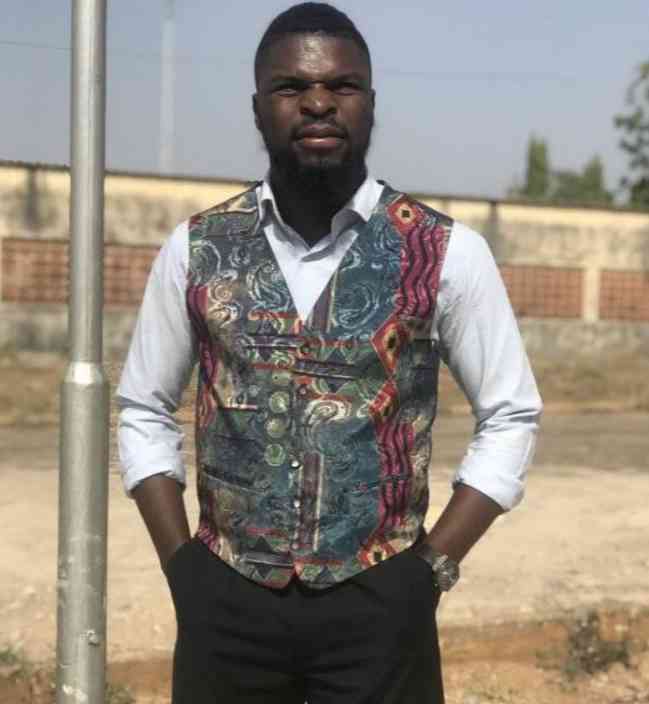 The Nigerian Air Force (NAF) has revealed the identity of the killer of the late pilot officer Tolulope Arotile and other perpetrators in the car.

NAF's Director of Public Relations and Information, Ibikunle Daramola, made the announcement today, Sunday 19 July 2020, at a meeting in Abuja that has just ended.

Daramola called the name of Arotile's former classmate who was driving the vehicle in which Nigeria's first female helicopter gunship pilot was found, "Mr. Nehemiah Adejoh".

The NAF spokesman also said the matter would be turned over to the Nigerian police as it was a civil case.

PRELIMINARY REPORT OF THE INVESTIGATION INTO THE DEATH OF FLIGHT OFFICER TOLULOPE AROTILE 1.

On July 14, 2020, the Nigerian Air Force (NAF), indeed the entire nation, was mourning the death of one of our bright young stars in the person of flight officer Tolulope Arotile, NAF's first female combat helicopter pilot.

Her unfortunate death has triggered an overwhelming flood of condolences, prayers and support for both NAF and the Arotile family.

This was no doubt due not only to Tolulope's outstanding achievements at the tender age of 24, but also to her outstanding personal qualities such as excellence, hard work, devotion to duty, confidence and courage, which made her popular with her superiors, subordinates and fellow servicemen. 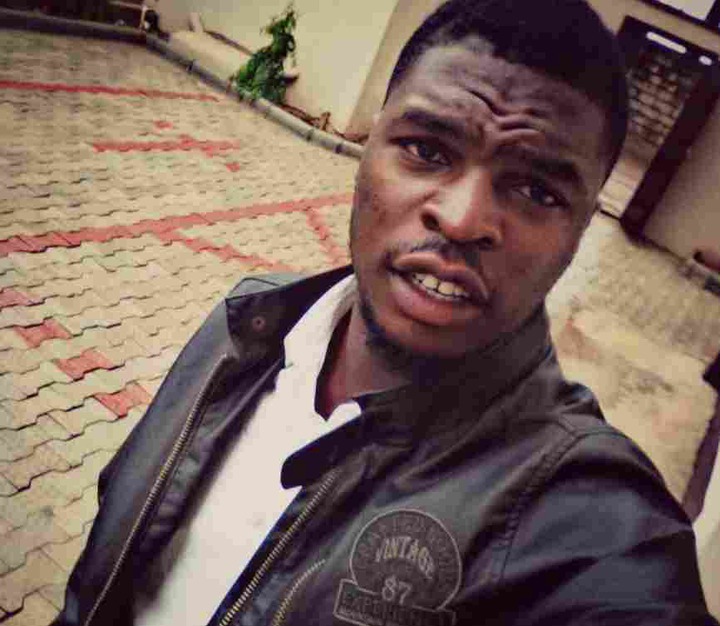 Unfortunately, due to the particular circumstances of the incident that led to his death, a barrage of falsehoods, innuendos, conspiracy theories and the like has been disseminated in the public domain, especially in the media.

NAF sincerely hopes that the results of the preliminary investigation into this unfortunate and painful incident, which has just been completed, will address the misinformed questions raised in the media about this tragedy.

2 Furthermore, while it would have been ideal if the entire investigation had been completed before the details of the incident were made public, NAF, which is sensitive to public concerns about the dissemination of false information, appreciates the need for greater clarity at this difficult time.

Please note that the details to be released today have already been given to the Arotile family, who should ideally be allowed to grieve in peace for their daughter and sister, but due to the unfortunate nature of the sad incident.

3) In accordance with the normal procedures of the Nigerian Air Force in such incidents, an investigation was immediately initiated to formally clarify the circumstances of the incident.    Accordingly, the preliminary investigation has revealed the following details:

a. Late flight officer Tolulope Arotile, a squadron pilot of the 405 Helicopter Combat Training Group (405 HCTG) Enugu, who was attached to the air component of Operation GAMA AIKI at Minna, having recently completed his promotion exams, was in Kaduna awaiting his next assignment.

During this time he stayed in the Sabo area of Kaduna with his sister, Ms. Damilola Adegboye, and visited the NAF base whenever necessary.

b. On 14 July 2020, at about 10.55 a.m., the late Flight Officer Arotile received a call from her colleague, Flight Officer Perry Karimo, a fellow 405 HCTG helicopter pilot, who wanted to discuss arrangements for her return to Enugu and asked her to come to the base to work out the modalities.

Late Arotile then called 405 HCTG squadron leader Diepiriye Batubo, the Group Operations Officer (GOO), who was in Minna at that time, at about 10:58 a.m. to clarify any questions about his deployment.    It should be noted that both Flight Officer Karimo and Squadron Leader Batubo received the call before 11:00 a.m., more than 5 hours before the incident that led to her death. 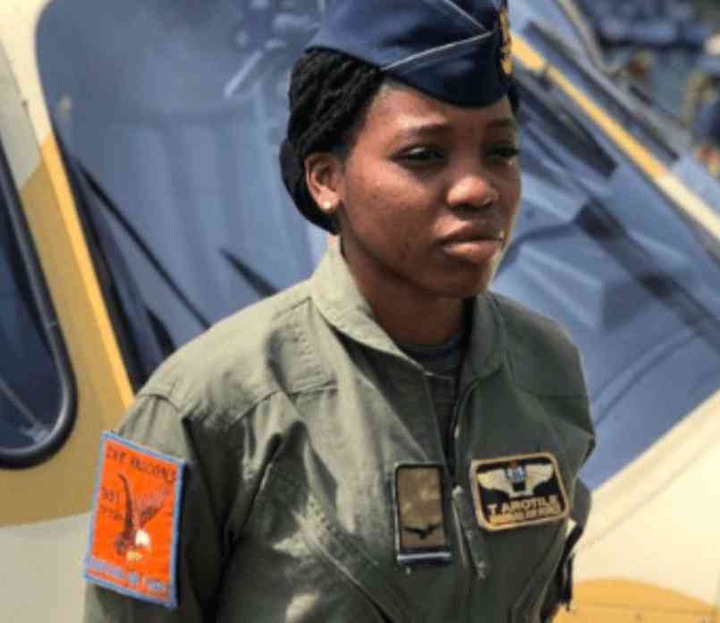 c.    Flight Officer Arotile was later taken by her sister, Mrs. Adegboye, from Sabo to the NAF base at Kaduna, where the deceased dropped her phone to recharge it in a house in the pilot's room of Squadron Leader Alpha Ekele.    Her older sister left her later at about 4 p.m. in the market at Mammy Base, where she photocopied and laminated some documents.

It should be noted that Mr. Adejoh, Mr. Folorunsho and Mr. Gbayegun are all civilians living outside the Kaduna NAF base, but were on their way to visit Mrs. Chioma Ugwu, wife of Squadron Leader Chukwuemeka Ugwu, who lives in the Ekagbo quarter of the base.

d.  After recognizing his schoolmate Arotile, Mr. Adejoh, who was behind the wheel, turned the vehicle around, allegedly in an attempt to quickly meet the deceased who was running in the opposite direction.

In doing so, the vehicle struck flight officer Arotile from behind, who threw her to the ground with considerable force and hit her head on the pavement.

The vehicle ran over parts of the deceased's body as it went off the road beyond the kerb and hit the pavement, causing further injury.

f. The doctor on duty at NAF 461 Hospital confirmed the death of Flight Officer Arotile at approximately 4.45 p.m. on 14 July 2020, as a result of head injuries.

g. The trio of Nehemiah Adejoh, Igbekele Folorunsho and Festus Gbayegun were arrested in the wing of the pre-base air force, 453 Kaduna Base Services Group, immediately after the investigation began.

They underwent toxicological testing at NAF Hospital 461, but no traces of alcohol or psychotropic substances were found in their systems.

However, it was determined that the driver of the vehicle, Mr. Nehemiah Adejo, did not have a valid driver's licence.

4 After careful consideration of the above, the preliminary investigation concluded that

a. The death of flight officer Arotile was caused by a head injury and significant bleeding as a result of the impact of the vehicle.

b.  As this is a civil case, the matter will be handed over to the Nigerian police for further investigation in accordance with applicable laws and to bring the suspects to justice.

Suffice it to say that the Flight Officer Scent was a pride of the NAF in which the service had invested much in terms of resources, time and energy.

Consequently, it is ridiculous that anyone could even remotely hint at a malicious attempt at service against one of its most valuable assets.

6 Furthermore, it is extremely sad and disheartening that instead of allowing the Arotile family and the Nigerian Air Force to mourn our beloved Tolulope in peace, many have chosen to politicize his death while others are using the incident to pursue ethnic and religious ends without any merit.

It is absolutely essential that the memory of this fallen hero and of our precious child is not tarnished by the spread of inappropriate feelings and wild mischief.

Before concluding this sublime speech, on behalf of the Air Force Chief of Staff, all NAF personnel and members of the Arotilo family, I would like to express my deep appreciation to all those who in one way or another have shown concern, support and sympathy for this unfortunate incident. I thank you for your attention.

Director of Public Relations and Information