I will forever wage war against corruption - Suspended EFCC Boss 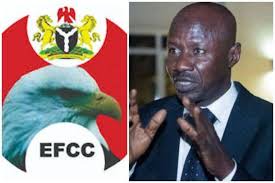 Mr. Ibrahim Magu, the suspended Acting Economic and Financial Crimes Commission (EFCC) in has been freed from police detention after spending 9 days in their custody as he was made to face the presidential panel that probed him over allegations leveled against him by the Attorney General of the Federation Minister of Justice, Abubakar Malami, declaring that he will forever wage against corruption.

The former EFCC boss was released yesterday, Wednesday, July 15, after spending 9 days in the custody of the Force Criminal Investigation Department on the orders of the Presidential Investigation Committee. The allegations leveled against Magu border on the following:

*Declaration of N539 billion as recovered funds, instead of N504 billion earlier claimed;

*Not respecting court order to unfreeze a N7 billion judgement in favour of a former executive director of a bank;

*Insubordination to the Office of the AGF;

*Alleged sale of seized assets to cronies, associates and friends;

*Alleged delay in acting on two vessels seized by the Navy;

*Alleged late action on the investigation of P&ID, leading to legal dispute;

*Reporting some judges to their presiding officers without deferring to the AGF;

*Alleged issuance of investigative activities to some media prejudicial to some cases;

*Not providing enough evidence for the extradition of Diezani Alison-Madueke.

On his released, Mr. Magu opened up on his ordeal while in detention asking Nigerians not to give up on the fight against corruption. He also said that what he went through was one of the risks involved in the job.

Concerning the allegations leveled against him, Mr. Magu said: “They are nonsense. They are mere trump up allegations to tarnish my image and that of the EFCC. I did not steal or divert or convert funds to private use. I read the allegations and I was shocked."

It would be recalled that on Friday, July 10, Magu’s counsel, Mr. Wahab Shittu applied for his client to be released on bail and yesterday confirm has been released on bail having met the bail conditions and that Magu had since rejoined his family in Maitama, Abuja.

“They should not give up on the fight because corruption kills a nation faster than any other thing. It is not a personal fight. Whether I am EFCC Chairman or not, the anti-corruption war must continue. What I have gone through is a case of dog eats dog but I see it as one of those risks of the job. But we must not give up in any way.”

He however appreciated Nigerians for their support and urge them not be discouraged by these developments. "I am happy to be back; I believe the war against corruption is winnable”, he said. 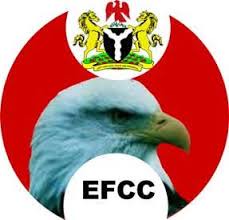 Most Of The Stolen Cars In US Are In Nigeria - Kemi Olunloyo Tells FBI, Blocked Doubters On Facebook