Dismissed Nigerian Soldier, Others Has Been Arrested For Murder And Armed Robbery In Enugu State

By Rainbownews (self media writer) | 1 year ago 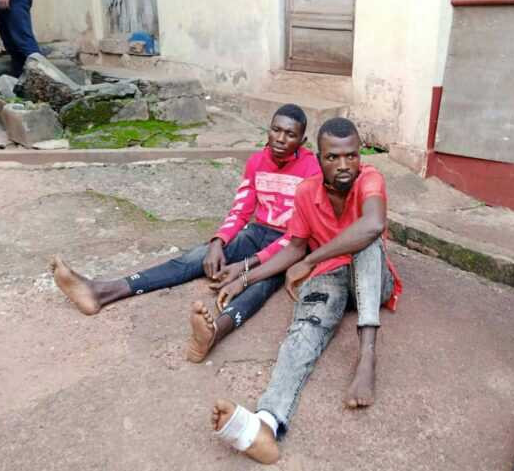 A dismissed Nigerian Soldier and his partners in crime has been arrested by the Enugu State Police Command for alledged armed robbery and murder. The suspect is identified as Ifesinachi Nwankwo. Mr Nwankwo is believed to be in his mid 20's.

Mr Nwankwo joined the Nigerian Army in the year 2017. After joining the army, he served in Damboa, Maiduguri. During his service, the suspect alledgedly went absent without leave after his base came under serious attack from Boko Haram terrorists.

The suspect abandoned his brothers in arms and decided to become a criminal, murderer and a common thief. The suspect was finally arrested in Enugu State by the police command. The suspect has been accussed of robbery and murder. He was arrested alongside one of his partner in crime. There is every possibility that the suspect, Ifesinachi Nwankwo, could face court-martial because he left action without permission. He left the military without permission since 2018.

Content created and supplied by: Rainbownews (via Opera News )