My First Encounter With Armed Robbers, Some Valuable Life Lessons I Learnt From My Experience

I have heard stories of how people were attacked by armed robbers; in their homes, on a high way (during a transit), in commercial places (banks) and so on, but these stories never seems to make more sense to me until I had my own experience. You know what they say, "Experience is the best teacher". 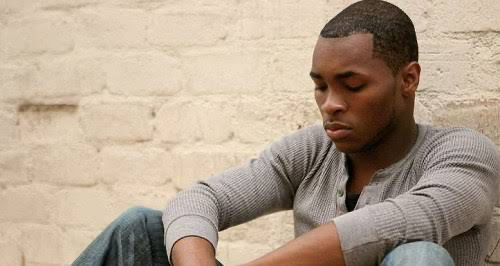 I have had several encounters with armed robbers. Though the situation were not all the same but there are similarities in all my encounters. The manner of approach of the robbers, their manner of communication and their intentions are the same.

My first encounter with armed robbers left me with some valuable life lessons I will not forget in my life time; and these lessons would help me on a long run. I believe they would be of help to you you too.

Below are lessons I learnt from my experience with armed robbers.

1. Armed Robbers always come for money or something of monetary value: the first time I encountered armed robbers, I was at home with my parents (I was still a child then). I heard them knocked on the door and asked my dad to open up, it was about 2:00am.

They requested for the money we had in the house. The entire time they were operating my house, their entire conversation with my parents was about money. They had no business with food stuff or anything else. All they were interested in was the money in the house. They eventually got the money and they left us unharmed.

One lesson I learned that day was to comply with robbers when they successfully gain access into the house.

One of them said to my mom, “You think we came here without information?” He began to tell my mom details about herself, which were actually true. That was when I realized armbed robbers work by information. They don’t just break into homes randomly.

One lesson I learned that day was that every robbery attack is based on information and this information comes from someone who knows about you.

3. Armed robbers attack the male figure in the house.

From my experience, I can categorically tell you that armed robbers attack any matured man in the house they are operating. This is because they feel threatened by them.

I was attacked by armed robbers when they came to our house. One of them used a cutlass on me and left a scare on my face close to my eyes, because I questioned them. I was the only matured male in the house, others were ladies and children.

One lesson I learned that day was, never to give the impression that I can do something whenever armed robbers attack.

4. Armed robbers are ready to do anything for them not to be caught.

There is no armed robber who goes out to rob with the intention of being caught. Every one of them wishes to go and return successfully. This means by whatever means they would escape from being caught. They will engage it. Even it means killing somebody. This is one of the reasons they go for operations armed.

One time, somebody shared a story of how a lady tried withholding a robber from escaping after stealing from her. She was robbed in a quiet neighborhood, looking around, there was nobody to help her, she had to summon the courage to hold the thief by his trouser and cried for help.

In an attempt to setting himself free from her grip, the armed robber used the knife he was holding to cut this lady’s hand almost into half. She lost her property to the robber and also had a lifetime injury.

Some times some people play smart by trying to call the police during an armed robber operation. You have to be careful not to risk your life by trying to act what saw in a movie.

One lesson I learned from this was never to attempt an armed robber at the expense of my life.

I know many would read this an feel I’m not man enough to confront armed robbers, but the issue here is not being man enough. This is a matter of your life or your property. I pray you will never need to experience any of these to understand it better.

Content created and supplied by: 360update (via Opera News )