See Reason Why This 18years Old Girl Was Seriously Battered By Her Father (Video). 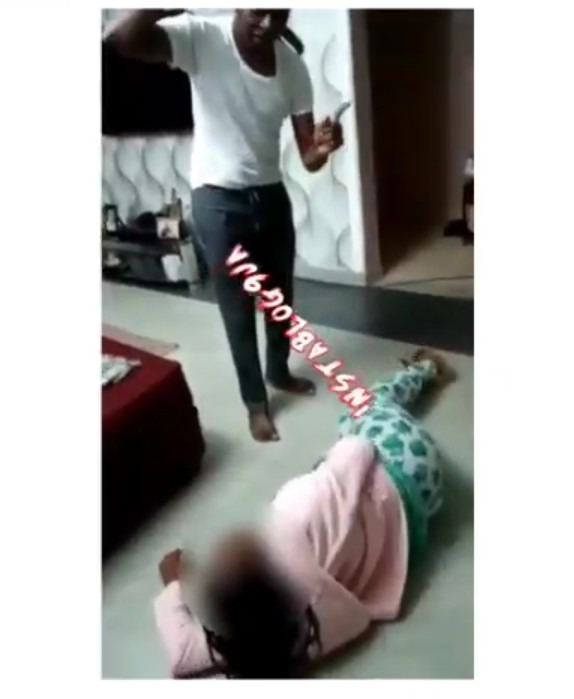 A video is currently trending on social media which shows how an eighteen years old girl was seriously battered by her father in the presence of the mother.

The video shows the father whipping the adolescent girl with a belt as she continued to plead for mercy while her mother was videoing the event.

It was gathered in the video that the young girl joined a WhatsApp group chat that her earlier warned her against.

The young lady also admitted in the video of joining the WhatsApp group without her parent's consent.

No one can say categorically the reason why her parents don't want her to join the platform or the kind of platform the WhatsApp group is. I guess it has to do with sexual activity and other social vices related stuff.

The father was so angry that he mercilessly battered his eighteen years old daughter. 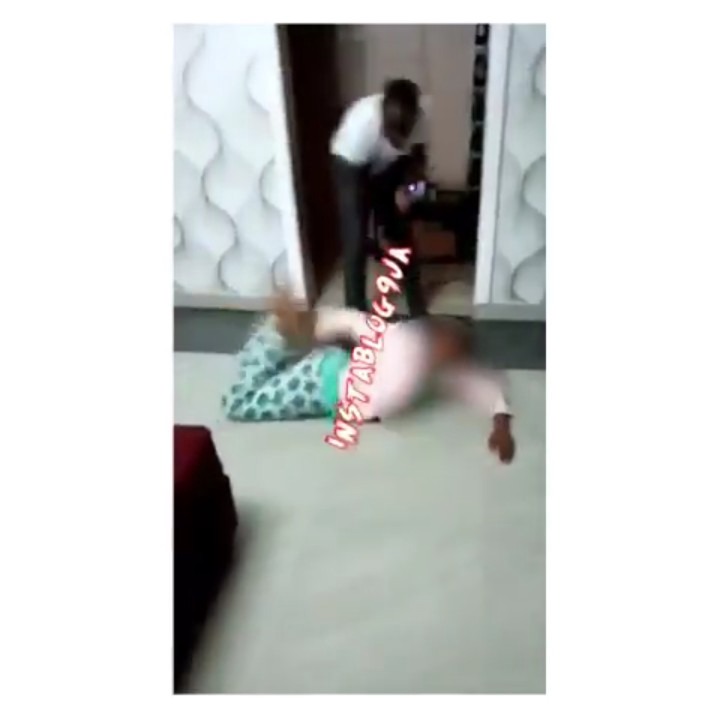 However, the video has generated a lot of controversies on social media. Many believe that is wrong for the father to wipe the girl in such a cruel manner because she's already an adult and has the right to do whatever she feels like with her parent's consent. They said it is a violation of her fundamental human rights and her father should be arrested for his actions.

Some said the parents did not wrong because they still have the right to discipline their child even though she's already eighteen.

See some of their reactions below.

"She is 18-year-old FFS!!! She can join any bloody group chat she wants to join !!!! She is an adult and has the right to make decisions herself, he has no right to hit her like that !! That is child abuse !!! This guy deserves to be locked up!"

"The problem with this thinking is that, when the consequences come, like getting pregnant, locked up in a cell, sexually assaulted, etc, its the father that would still have to be running around to rescue her. Until she can be responsible for herself, her father can discipline her"

"I can imagine what the children in that family pass through. The pain, the hatred built against the father, the deep curse by the children on the father. It's okay to correct a child, not total brutality. Dis fada can rape! hysterical.

Even the presence of the wife couldn't change the husband's mindset. Meaning the idiot fada in the house is a real terror. We've passed this age honestly. Simple polite correction with affection will suffice. Can't raise a child like this. Full grown-up 🙆🙆🙆"

"At 18 u are going through her phone. See the way ur handling a grown woman. God, I thank you for the sensible parents u gave me. This babe should just do and move out of these eye people’s house"

"Per usual, some set of woke keypad warriors will outrightly condemn this act. ‘’He shouldn’t be flogging her cause she’s 18 yen yen yen’’. Daddy was e bo legba, next time she’d learn to adhere to simple instruction"

"Next time she will hear simple don't join...from WhatsApp group to boyfriend house, before visiting Yahoo boyfriend for ritual"

"Many people are mentally unstable in this country, you maltreatment a grown-up adult like this for the sake of joining a group chat and not join a group chat"

"That man or guy’s mental health should be checked upon, I feel necessary authorities should take this up mehn"

"Mere group chat? For the dad to tell her not to join the group it means she shouldn’t be there. There’s nothing wrong with how he chooses to discipline his children when they err. We will see the end of this weakness, let’s see the kinda children y’all will raise"

"most of us are raised this way and we turn out to become useful to ourself and the society, at my age there still some silly things I can't do Koz of home training, Yah all really trying hard to emulate those that end up raising drug addicts all in the name of being a nice parent"

See the video in the link provided below.

Nigerian dad flogs his 18-year-old daughter for joining a group chat he warned her against https://t.co/iiWnTaAoGQ 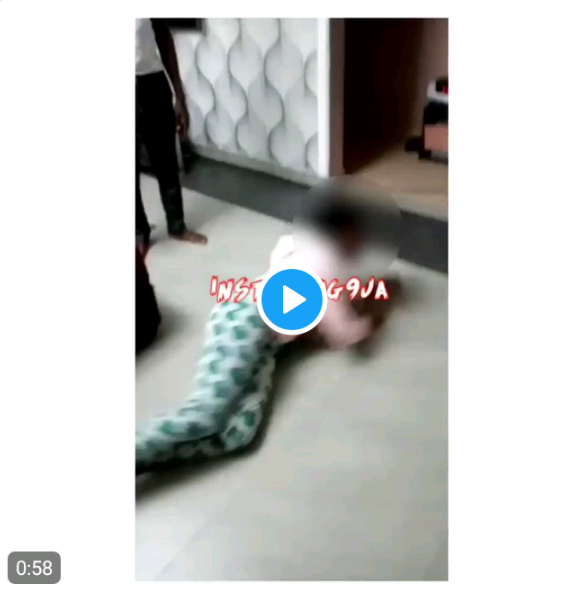 Is it right or wrong for the man to discipline his eighteen years old daughter like that?