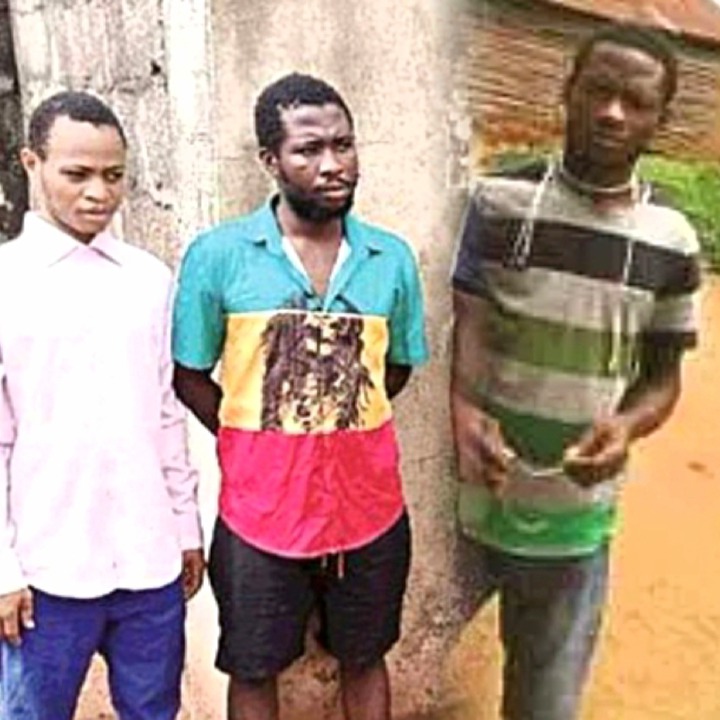 Our world is overwhelmed with evil, and it would be rational to tread with caution. The story of Mr. Abuchi Wisdom Nwachukwu, who is a 29-year-old man, in my opinion, is the reason we should all try to keep our good news to ourselves. Mostly on social media, I see people share every single achievement and good news about themselves on their pages and to their friends. They share it on their Facebook stories, WhatsApp, Instagram, and others, including videos. Stories such as family, pregnancy, job, finance, relationship, are supposed to be private, you may never know who you are sharing them with. In my opinion, only stories like your relationship with God should be shared in order to sharpen your friends to build their own relationship with God which is the true essence of our existence.

Mr. Abuchi Wisdom Nwachukwu, was stabbed to death and also had his head cut off on the 7th January 2020, by his friend, a graduate, who is by the name, Moses Moses, during a night shift duty in Auchi area of Edo State, just because he told his friend that his elder brother who bases in South Africa, sent him N13 million to complete a building construction project. This good news in which he shared with his friend led his friend to kill him unjustly and savagely, and did away with the money. However, kudos to the Nigerian Police, he was arrested alongside his accomplices in July.

After his arrest, Moses confessed that after killing his friend, that he had to cut off his head so that he would not be recognized, before dumping the body in a bush close to the company in which they both work (a table water company).

He further said that he took the deceased phone and his ATM card to fraudsters in Auchi to withdraw N2.2 million, and that he did other transactions with POS machines around Edo. 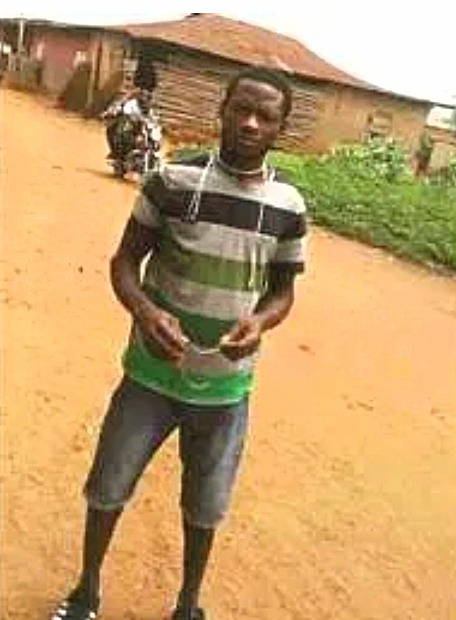 Consequently, the deceased body was found in Auchi after his brother who stays in South Africa became worried and had to write petitions to the Inspector General of Police, Adamu Mohammed. Subsequently, headed by Deputy Commissioner of Police, Abba Kyari, Operatives of the Intelligence Response Team, carried out an investigation and were able to trace all POS transactions Moses did with the deceased ATM card in Benin, Ore, in Auchi areas of Edo State, before they finally arrested him in a hotel where he was sleeping with women in Auchi. 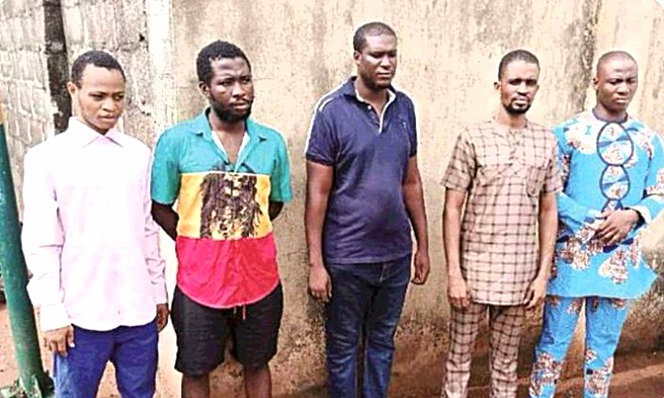 The Suspect And His Accomplices

However, he confessed after he was arrested, which also led the police to the arrest of 4 of his accomplices, who helped him in to make the withdrawals. Moses Moses, 27 years, Auchi Polytechnic Mechanical Engineering graduate, went on to confess that his friend's ghost had been hunting him from day one since he committed the act.

According to him, he said he lured Abuchi outside the company where they were working, stabbed him with a knife; killed him, and further dragged his body into the bush and cut off his head because he didn't want people to recognize him. He said he stayed in several hotels since then and lavished the money with women until his arrest.

One of his accomplices, Godswill Uche Ogbonaya, 29, a native of Aro-Chukwu area of Abia State, who is a graduate of computer science from University of Uyo, shared his story, as he said that he is only a business man who help clients to withdraw their monies through his paystack account. He said Tony (one of the arrested accomplices), called him on the 3rd of July, that he wanted him to do another transaction, but he didn’t know that he was with the police, and when he showed up, the police arrested him.

There are so many lessons to learn from this story. In my opinion, the first lesson here is that we should all learn to keep our good news to ourselves, because the world we live in is not what it seems. Secondly, if you are a business man, you have to be careful with the kind of dealings you make. Don't participate in any kind of shady business no matter the gain. If you are not sure of the rightful owner of anything from your clients, please desist from performing any transaction, because you might be risking jail.

What's your opinion? Let's hear from you.