A 47 years old man has been arrested by the Rivers state police command for allegedly impregnating his 16 years old daughter, the man, Eremosele Mahmud was arrested on Thursday.

The man said he started sleeping with his daughter when she was 12 years old and that he didn't know what made him start doing it.

He went on to say that he has tried stopping it but couldn't and if going to the prison would bring liberation to his daughter, that he would be happy going there.

He also said that he doesn't support abortion as he doesn't know what might happen to his daughter.

The daughter when questioned, told the Rivers State Ministry of Social Welfare and Rehabilitation, that the father started raping her when she was 12 and that the first time, she tried to scream but he told her to shut up and that her mates were doing the same thing. 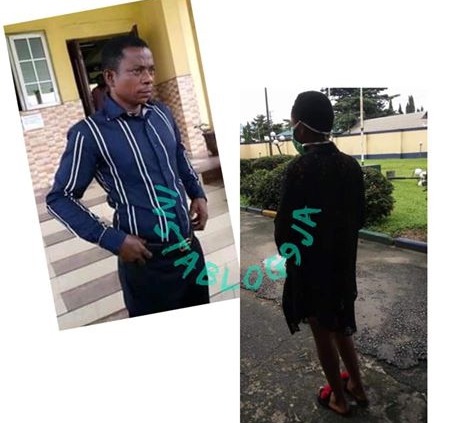 Photos are credited to Instablog.

The story source is credited to Instablog.