By CLEMSAdaugo (self media writer) | 1 year ago 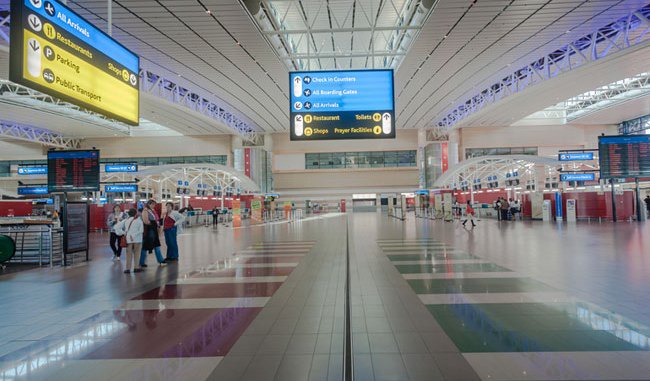 Two persons has reportedly lost their lives at Johannesburg airport on Saturday during a combat that led to a shootout between police and some thieves who stole properties and cellphones from travellers, police said.

Despite the increasing number of cases of corona virus and death rate in South Africa with about 350,000 infected persons and 5,000 deaths, there is still increasing rate in crime .

Just yesterday, some group of robbers made their way into the popular Johannesburg airport in South Africa and robbed travellers of their belongings which resulted in a struggle between the robbers and the police.

During a high speed chase and shootout between the two groups, two of the suspects were shot dead and seven others were captured by the police.

Unfortunately, one of the civilians in the airport sustained an injury from a stray bullet during the struggle.

According to the police, they recovered the travellers belongings that was stolen by the robbers.

Content created and supplied by: CLEMSAdaugo (via Opera News )