By Tobymax (self media writer) | 2 years ago 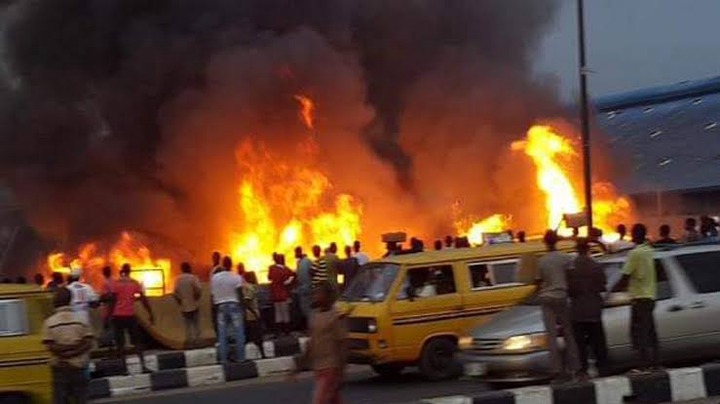 The FIRS building in Katsina has been gutted by fire.

The building, according to media reports, was recently constructed.

Officials of the state's fire service were seen at the scene battling with the flames.

The acting Managing Director of the Niger Delta Development Commission, Prof Kemebradikumo Pondei, fainted on Monday during an investigative hearing at the National Assembly.

Pondei collapsed where he was seated as members of the House Committee on NDDC grilled him.

The National Assembly Complex is now under heavy security guard as protesters clashed over the ongoing probe of the Niger Delta Development Commission.

Both the Senate and the House of Representatives are investigating the alleged illegal spending and mismanagement by the Interim Management Committee of the NDDC under the supervision of the Minister of Niger Delta Affairs, Godswill Akpabio.

Gunmen suspected to be Fulani herdsmen on Sunday night invaded Kukum Daji in Kauru Local Government Area of Kaduna State, killing more than twenty residents of the area. Our correspondent gathered that many of the residents also sustained varying degrees of injuries arising from the shooting.

An explosion in Katsina was caused by a military grenade and not an IED, according to the police.

The police, however, did not disclose how the grenade got to the farm where it exploded.

People who died from the blast have been buried.

Content created and supplied by: Tobymax (via Opera News )