By @BALLOGRAM (self media writer) | 2 years ago

The Oyo state police has arrested two suspected criminal in connection with the murder of a teenage girl and five others, in Akinyele LGA Oyo state. 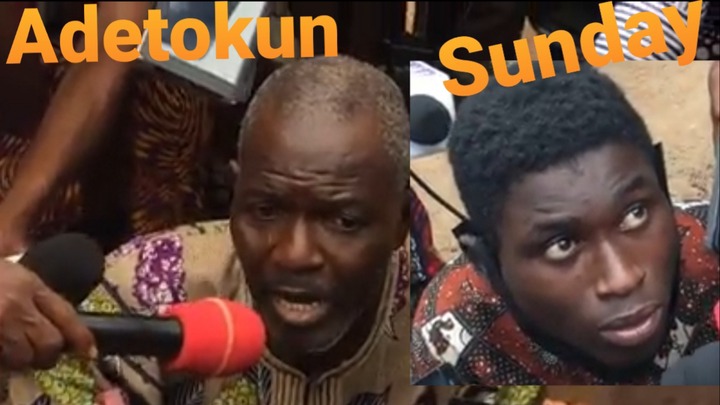 According to report the victims were identified as Bello Barakat a 18 year old teenage girl, Mujeeb five year old boy, Azeezat Shomuyiwa a pregnant woman, 21 year old student, Oshiagwu Grace, and Fagbemi Olusola, and the suspected criminals were identified as a 19 year old Shodipe Sunday and his boss Yunisa Adetokun.

According to the video released to the internet, Adetokun denied the allegations against him, he says Sunday was brought to him by his mother to learn native doctor business, and he said Sunday has only stayed 6 days with him, he also said between that 6 days Sunday had stayed with him he had only sent Sunday out to buy food him nothing more. According to Sunday, he said he didn't know what his boss Adetokun were using the victims bodies for. Sunday was seen by the vigilantes operative and was reported to the police, and was later arrested alongside his boss Adetokun during the raid carried out by the police, Sunday was nabbed when he was trying to sell off the two phones he had collected from his murdered victims in Akinyele.

Thanks for reading, follow my page for more updates around the glob. Thanks.

Content created and supplied by: @BALLOGRAM (via Opera News )