By Bbnoble (self media writer) | 2 years ago 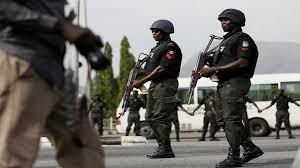 Upon interrogation, Moses admitted killing Nwachukwu. He also led IRT operatives to arrest suspected internet fraudsters—Yusuf Sagiru, Tony Bright and Terence Okochukwu—as well as businessman Jahswill Ogbonnaya, who were said to have helped Moses to pull out the sum of N6 million from the account.

Upon interrogation, Moses a 27-year-old native of Auchi, said his friend’s ghost had been hunting him since the day he killed him.

The Auchi Polytechnic graduate of Mechanical Engineering said: “I work in a table water company in Abely area of Auchi, and I have been working in that company in the last four years. As the events continue to unfold, the police give strict advice to people concerning the kind of friends they keep.

Content created and supplied by: Bbnoble (via Opera News )