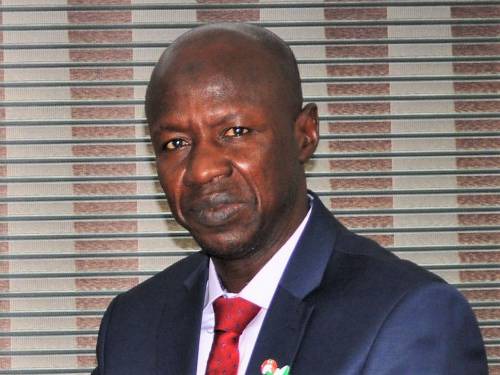 The Acting Chairman of the Economic and Financial Crimes Commission (EFCC) Ibrahim Magu has been made to face the Justice Isa Ayo Salami led panel to answer questions concerning the allegations levelled against him by the Attorney-General of the Federation and Minister of Justice Abubakar Malami (SAN).

The EFCC boss who was arrested in front of the EFCC office in Abuja by security officials on Monday, July 6, spent the night in police custody. Being taken to the Presidential Villa in Abuja, he was made to appear before the presidential panel investigating his alleged corruption and insubordination levelled against him by the Attorney- General.

Magu was grilled for several hours by members of the Justice Isa Ayo Salami led panel in the presence of an EFCC counsel, Rotimi Oyedepo. When the panel rose for the day he was taken away from the Presidential Villa, to the Force Criminal Investigation Department (FCID) at about 10.15pm and was made to spend the night there.

It was learnt that Magu’s escort mobile policemen and security detail were made to stand down before he was whisked away into custody.

The ongoing investigations into the activities of the EFCC seems to be majorly a battle between the AGF and the EFCC boss. The following are among the 22 count allegations leveled against the Mr Magu:

       Declaration of N539billion as recovered funds instead of N504b earlier claimed

       Not providing enough evidence for the extradition of ex-Minister of Petroleum Resources, Diezani Alison-Madueke

       Alleged issuance of investigative activities to some media prejudicial to some cases.

According to information reaching us, Mr. Magu and his officers had spent the last two weeks looking at all the allegations and compiling appropriate responses to them with documents.

Meanwhile, the Department of State Services (DSS) reported that they did not arrest Mr. Magu. A statement by the Public Relations Officer of DSS, Dr. Peter Afunanya goes thus: “The Department of State Services (DSS) wishes to inform the public that it did not arrest Ibrahim Magu, Acting Chairman of the Economic and Financial Crimes Commission (EFCC) as has been reported by sections of the media.

“The Service has since 6th July, 2020, been inundated with enquiries over the alleged arrest.” 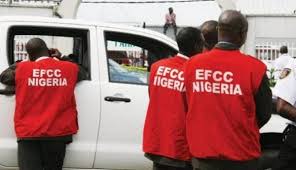 It will be recalled that the EFCC boss was appointed acting chief of the anti-graft agency in 2015 by President Muhammad Buhari, but was rejected twice by the 8th Assembly under the leadership of former Senate President, Bukola Saraki with the allegation that he lacked the integrity to lead the country’s anti-corruption agency. The presidency had since then refrain from resending his name for screening.