By OhAfriculture (self meida writer) | 9 months 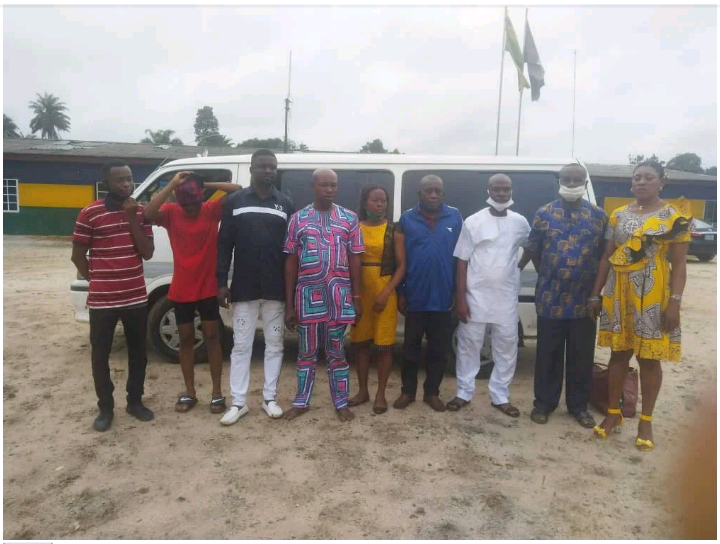 Gunmen launched an attack on the highway at Okehi/Igbodo Express Road as passengers were attempted to be kidnapped after their belongings were dispossessed from them before a distress call was put through to the police, and the DPO of Okehi's Police Division led Anti- Robbery Squad to the scene of the robbery attack.

Upon sighting the police approaching the scene, the robbers started shooting sporadically as they engaged the police in a fierce gun battle, as the police returned fire, 3 out of the Robbers suffered deadly injuries that led to severe bleeding, before medical attention could reach them, they died while other scampered into the forest.

However, the quick response of the police was responsible for the immediate freedom of 9 passengers, who continued with their journey after being set free unhurt from the claws of the robbers.

Weapons recovered from the robbers at the spot of the robbery included a locally made rifle and some live rounds of cartridges used for carrying out an operation on the highway.

Meanwhile, CP of police in Rivers State has ordered his men to launch a manhunt on the fleeing members of the robbery gang and also implored the public to not hesitate to give information of anyone seen with a gunshot wound.

Nevertheless, the public relations officer of police command in Rivers, CP Nnamdi Omoni stated that the road is now free for vehicular passage as the heavy presence of policemen have been deployed to the express road to ensure the safety of commuters and travellers.

"They don't recognize us as Muslims, #GazaUnderAttack is non of our business"- Adamu Garba reveals

"We Will Launch More Attacks On Islamic Jihadists In Palestine, Hamas And Gaza - Isreali PM

"It Appears They Don't Recognize Us As Muslims, I Don't Care"- Garba Says After Israel Attacked Gaza