Magu Released From Detention After Ten Days Of Investigation 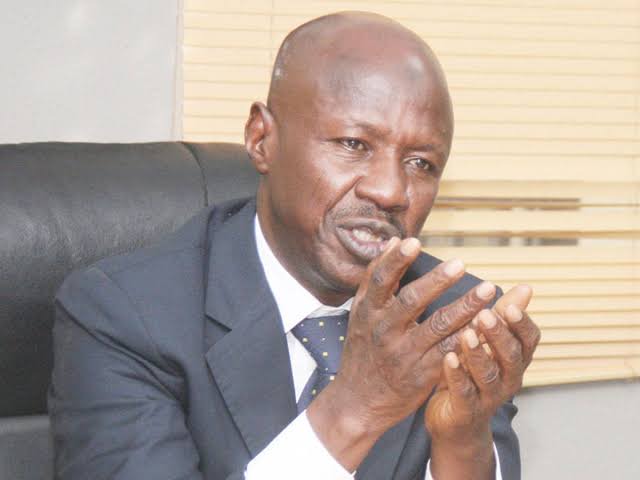 The suspended EFCC Chairman, Magu, has been released from detention after being detained and investigated for 10 days by the Presidential Panel. Magu went through a ten days serious interrogation by a presidential investigation committee.

The Committee was set up by the president to investigate series of allegations against the suspended EFCC boss. Magu was picked up on July 6, 2020 by officials of the Department of State Services. Magu was interrogated over series of corruption allegations. He was brought before the panel headed by and Justice Ayo Salami.

The release of Magu was confirmed by Magu’s lawyer, Wahab Shittu. He confirmed the release of his client by the Presidential Investigate Panel. Some of the major allegation against Magu was that he declared N539 billion as recovered funds, instead of N504 billion earlier claimed. He was also accussed of not respecting court order to unfreeze a N7 billion judgement in favour of a former executive director of a bank.