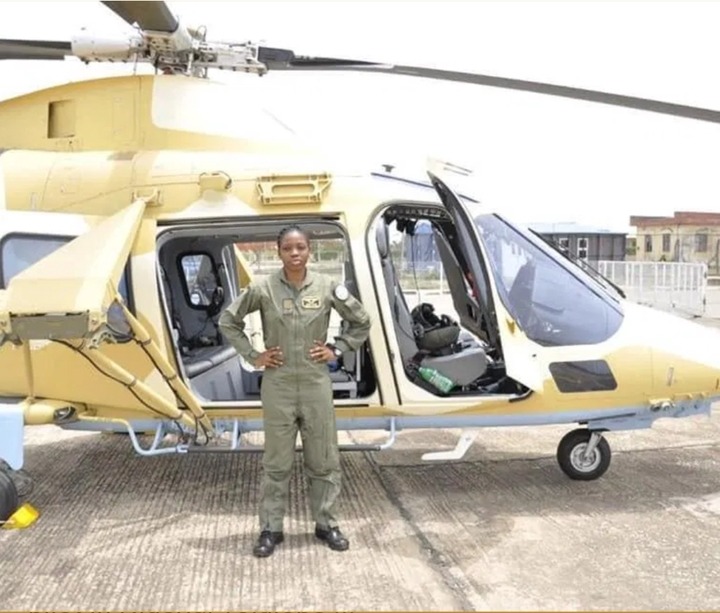 Following the controversy surrounding the death of the Nigeria's first female helicopter pilot, Late Tolullope Arotile, the Nigerian Air Force has revealed that there is an ongoing investigation over her demise, as two of her classmates, who accidentally knocked her down have been arrested and are presently being detained for questioning.

Air Commodore Ibikunle Daramola, the NAF Director of Public Relations and Information, made this known, as monitored by Tribune, while giving an update recently on the incidence of Tolulope Arotile’s death, adding that the classmates involved had been arrested.

According to Air Commodore Ibikunle, “In my first statement, I said that she died of road traffic accident and that it was from two of his classmates, who was excited to see her as they reversed and accidentally knocked her down, which led to the head injuries and lot of haemorrhaging that caused her death."

The NAF Director of Public Relations added that the two classmates of late Tolulope Arotile are in custody as Nigerian Air Force has is carrying out thorough investigation of the circumstances surrounding her demise.

Air Commodore Ibikunle revealed that, “The investigation is a process routine and NAF is investigating because it happened in NAF base, however, any information that needs to be let out will be disseminated but we can’t pre-empt the investigation process”, he stated.

He assured that investigation is an on going process that may go beyond the purview of the Nigerian Air Force.