Esabod lied, I was never caught with human head in Ekiti- Oguntuase 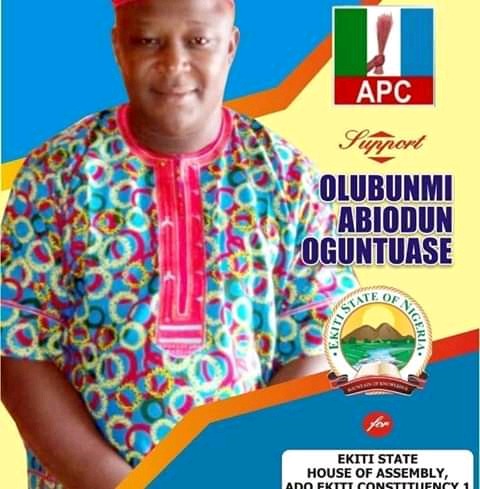 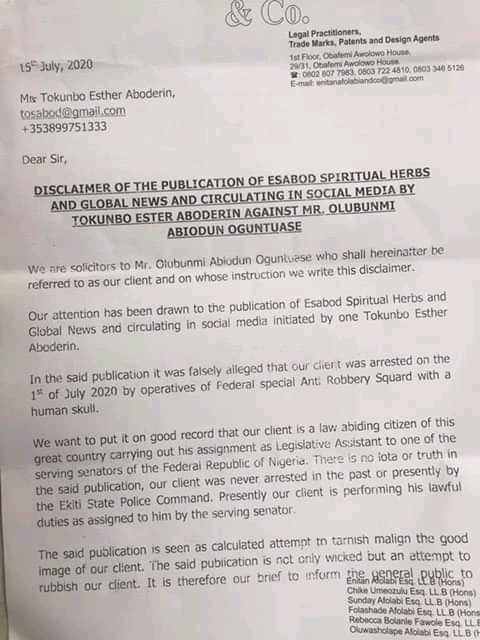 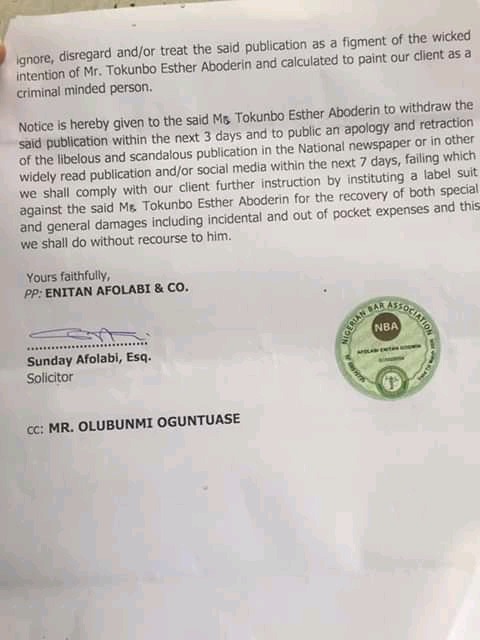 Esther Aboderin popularly known as Esabod and the Director of Esabod Herbs and Global news may soon be facing legal actions on charges of Defamation, libel, publication of fake news and Assassination of character from one Olubunmi Oguntuase whom he reported was allegedly arrested in Ikere Ekiti on July 1st 2020

Mr. Oguntuase, a politician and a special assistant to a notable serving Senator of the federal Republic of Nigeria was reported to have been arrested by the Ikere police patrol team bordering on charges of possession of a fresh human head. The News was carried and widely circulated by Esabod on his social media handles and news outlets. The publication maintained that the politician was caught by a passer by who noticed the unusual presence of two men in the bush and quickly alerted a patrol team of police officers. The other man was reported to have escaped while Oguntuase was apprehended.

But in a new twist, Hon, Oguntuase has come out to debunk the news tagging it as a calculated attempt to ridicule and bring disrepute to his name. He termed the news as injurious to his political career and has vowed to bring Esabod to book. " I have not been to Ekiti since March, I am in Lagos with my family. The publication is the wicked intent of Aboderin himself " Olubunmi maintained.

The Hon, through his lawyer has written a Disclaimer informing the general public to disregard the news while it gave Esther Aboderin to retract the publication, apologise or face legal actions.

The legal outfit accused Aboderin of trying to tarnish his image and cause him public embarrassment, it therefore mandated Esabod to retract the publication and apologise to their client.

" Our attention has been Drawn to a publication widely circulated by Esabod spiritual herbs and Global news that our client was arrested by the special Anti Robbery squad in Ikere Ekiti for being in possession of human head. We implore the general public to disregard the information and see it as a malicious attempt to paint our client, Oguntuase as a criminal minded fellow. Mr. Oguntuase is a law abiding citizen of this country and is only performing duties assigned to him by his principal. We therefore, give Esther Aboderin three days to withdraw the malicious content or face legal actions"

It was duly signed by the chairman of the firm Enitan Afolabi.