Photo: Who will take care of my Daughter? Man arrested for defiling a 14 year old girl cries out

By Jezil | self meida writer
Published 7 months ago - 20 views 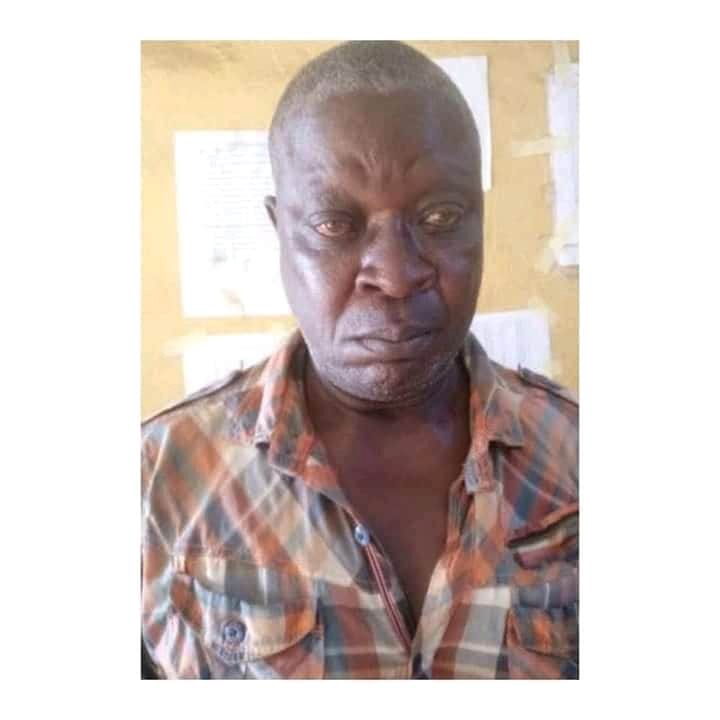 A lagos based 55 year old man with the name Emeka Okwuome waa arrested for defiling a 14 year old girl at his resident in Ejigbo.

The victem who stays with Emeka's neigbour was brought to lagos stay with her relative.

According to her, She had gone to the bathroom to have her bath when the suspect knocked on the door and ordered her to open for him despite other empty bathroom.

There was a time he met me in kitchen and started touching me in my private areas but stopped when he heard footsteps.

On friday, while i was taking my bath he came and ordered me to open the door which i did out of fear.

On getting in, he started fondling me and inserted his hands in my private part as he threatened me if i had made any noise.

It was one of our neigbours that hard me moaning in pains broke in and caught him in his act.

While been interrogatted by the police, Emeka pleaded guilty while attributing it to the devil.

''It was the devil's handiwork and i have also begged the police to allow us settle the issue between us but they refused".

He concluded by saying, if he goes to jail no one will take care of his daughter who is mentally deranged.

Say no to rape, as it is not the best answer, so stop molesting our girls and be responsible .

chiffon short gowns festac postal code samsung s10 plus price in nigeria ummi waec 2020 time table
Opera News is a free to use platform and the views and opinions expressed herein are solely those of the author and do not represent, reflect or express the views of Opera News. Any/all written content and images displayed are provided by the blogger/author, appear herein as submitted by the blogger/author and are unedited by Opera News. Opera News does not consent to nor does it condone the posting of any content that violates the rights (including the copyrights) of any third party, nor content that may malign, inter alia, any religion, ethnic group, organization, gender, company, or individual. Opera News furthermore does not condone the use of our platform for the purposes encouraging/endorsing hate speech, violation of human rights and/or utterances of a defamatory nature. If the content contained herein violates any of your rights, including those of copyright, and/or violates any the above mentioned factors, you are requested to immediately notify us using via the following email address operanews-external(at)opera.com and/or report the article using the available reporting functionality built into our Platform