By Dailynewsng (self media writer) | 1 year ago

Rape Crisis has been a very grave issue in Nigeria, and the government are doing everything in their possible best to get the offenders and make them face the law, yet the rape cases in the country seem to still be on the rise.

Rape isn't about Pleasure but Power, as it is simply an un-consented penetration of a lady by a man and vice versa, which always leaves a scar in them at the end of the day.

It's really Sad as some had resulted to the use of charms to attract their prey, so it seems in the case of Fathia Ifeoluwa ojewoye, who is just 14 years of age murdered in cold blood.

She was reported missing at first on the 16tg of this month after she had gone on an errand to refill a cooking gas cylinder at a nearby outlet. What made the situation confusing was the fact that she returned home with one of the assailant only to dropped the refilled cylinder and followed him back yet again.

Her body was claimed to have been found in the 18th of September in an uncompleted building in Abeokuta, a few meters from where she lives with her mother.

The sight was very Gory, as men had once again taken advantage of vulnerable young girl to quench their Se_xual desires, leaving behind a dead corpse for the parent. 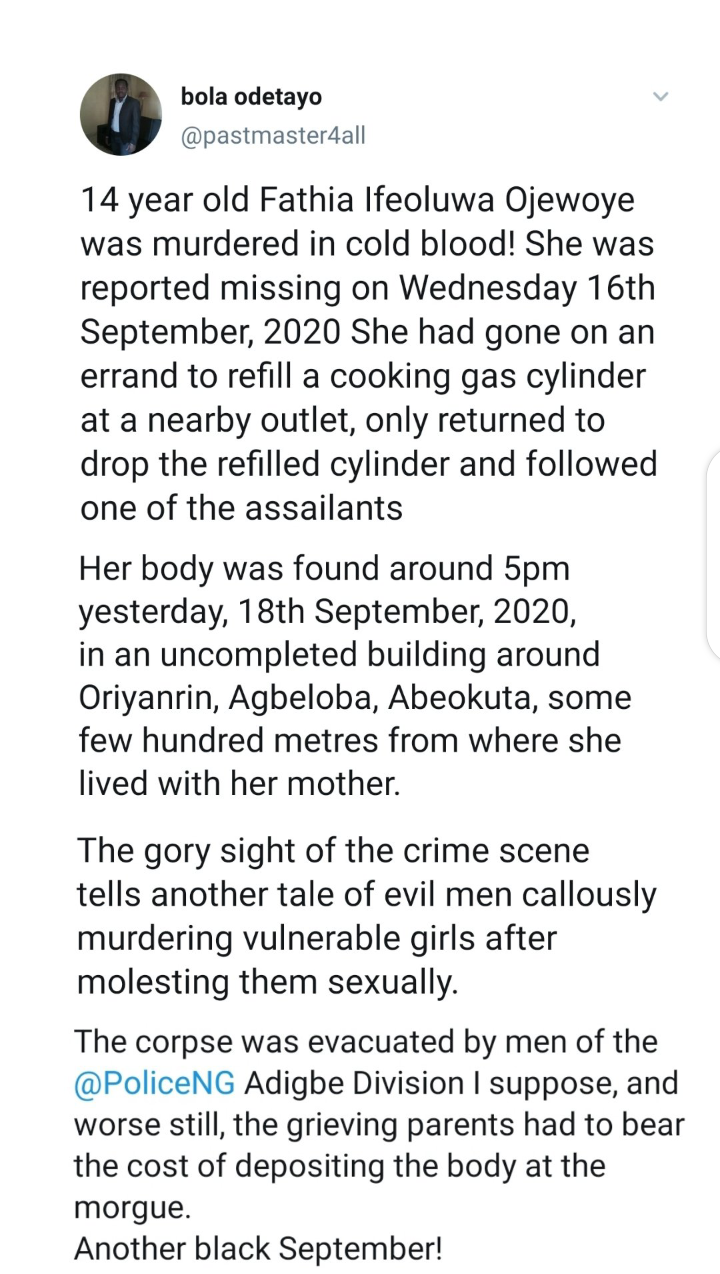 This is very disheartening to see what young man had resolved to just to have a short term pleasure even after aware of the consequences of their action when caught by the Government.

This is the main reason women are in full support of the castration law which was signed by the government of a particular state to be performed on people who are found guilty of such crimes.