How a 38-year old Rivers man was kidnapped, tied to a tree and left to die - Key suspect confesses

By NewC (self media writer) | 1 year ago

The Police in Rivers State have arrested one Osundu Uchendu (25) and Amebulem Amos (23), both members of a deadly gang of kidnappers who confessed to the kidnapping of a 38-year-old man, Ereba Gospel Dinabari at Woji in Port Harcourt. 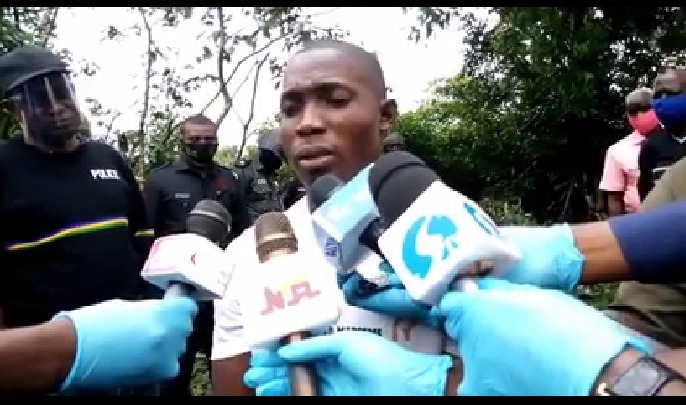 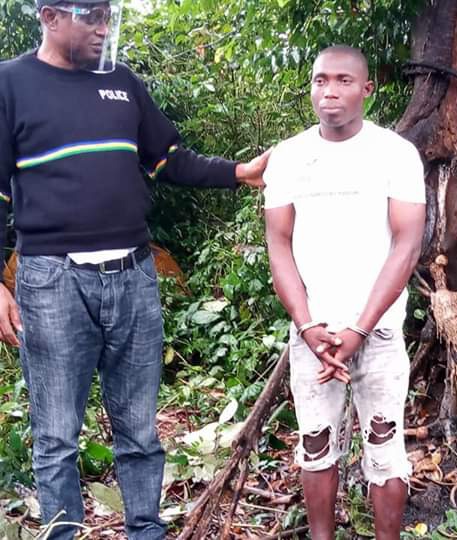 The suspect standing in front of the tree in the thick forest where the victim was tied and left to rot.

Following their confessions, the kidnappers led Police operatives to a thick forest in Alesa in Eleme local government area, where they kept the said Ereba Gospel Dinabari for five days, eventually tied him to a tree and left him to die and rot.

When the Police visited the scene of the crime, the victim's decomposing body is still tied to the tree. 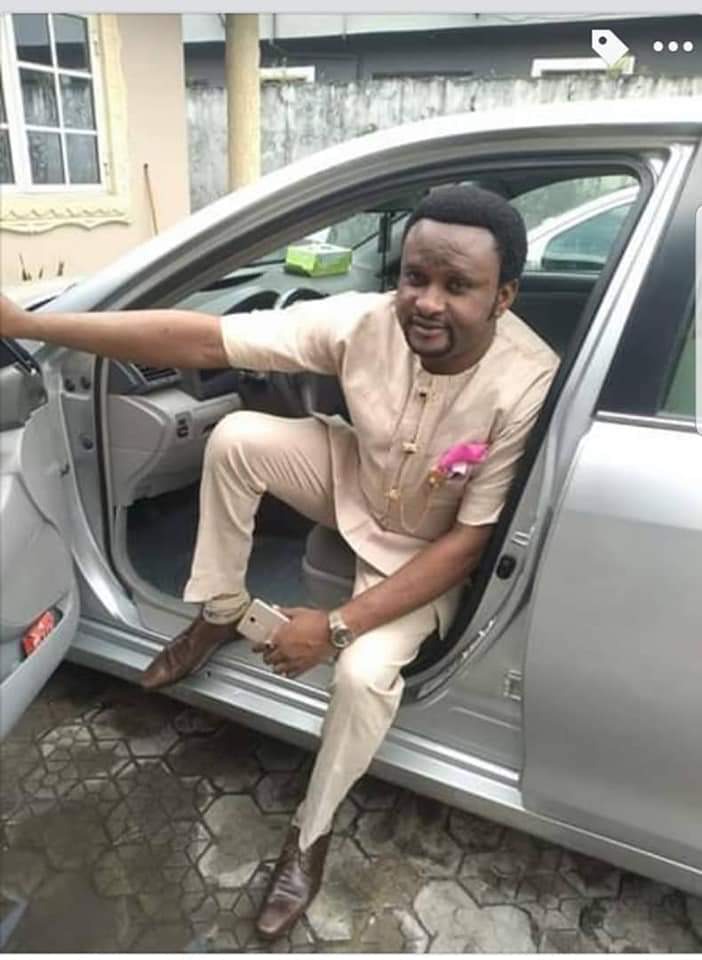 The Police also recovered a Toyota Spider car belonging to the victim.

In a confession at the scene of the crime, a key suspect, Osondu Uchendu said he was lured into the crime as a result of hardship faced by him and his family during this period of the global pandemic.

He said it was disagreement between the leader of the gang and the boys who were kept to look after Mr Osundu that led to his killing. 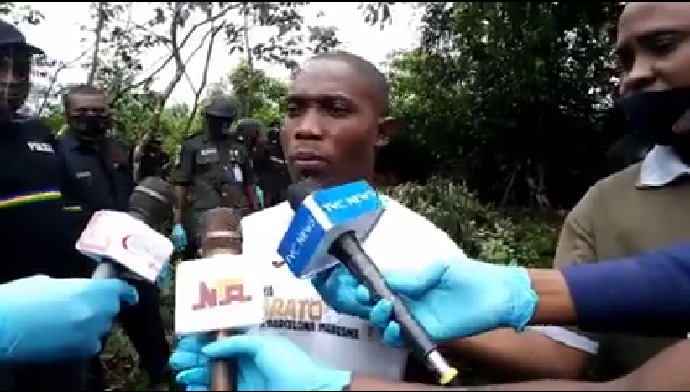 See his full confession in Pidgin and English language:

My name is Osundu Uchendu. I am from Rumuodogo in Emohua local government area. I stay at Okrika. That is where I manage and rent house. I am staying with my cousin brother Amaewhule. I am not staying with a cult group. I am just staying there alone and my brother comes and visit me. I am doing iron bending and welding work.

We are here because of the man wey die. Oga Isaac, Joseph and me na im kidnap the man. We kidnap am for Woji come carry am come here. Oga Isaac na im be our oga call us say he get person wey him wan carry.

Me i be no dey plan to do this work before, na just early this year, this Coronavirus and the way things hard for me and how the situation of my family dey. So na so we carry the man enter bush, na me dey bring food for them. Him with two of him boys dey take care of the work.

Na misunderstanding between Isaac and him boys wey dey take care of the work here na im make them kill the man because them think say he want set them up, he don collect money him no wan give them, he wan set them up so them need to shift the man commot from the bush.

Na later later Oga Isaac come tell them say he don collect money why them kill the man. I really vex for them, them for no kill the man. Na so e use happen. Oga Isaac tell me later say them collect money, him no tell me the amount. Na me locate this bush when i come find work inside this environment.

Na me show them the bush but no be me tie the man. The man dey here for about five days before them kill am. The motor dey police station, when him tell me say make I go help am find person wey go paint the motor. So na from the person wey the paint am, na im dem discover the motor come hold me.

The elder brother of the deceased victim, Burabari George Dekor who was also at the crime scene explained how the incident happened. 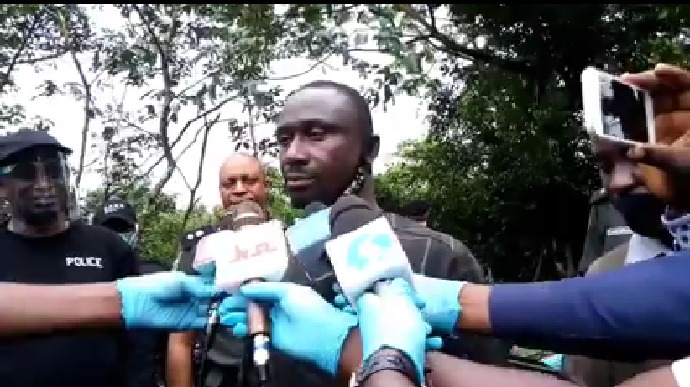 Elder brother of the deceased speaking to the press.

My name is Burabari George Dekor, the elder brother to the deceased. Prescisely on the 15th of May when the immediate elder sister gave birth, he went to the hospital to visit her and on his way back just close to the House at Woji Town Hall, he was abducted and we have been looking for him all this while.

The case was reported to the Police and ever since then and I thank God to by their handwork we have been able to get to the root of the matter.

It is a great loss to us as a family, he was a promising young man who has been struggling to forge ahead in life only to come to this situation, I really don't know how to express my feelings concerning this but it has really brought all of us to a sad situation.

As a graduate having looked for ways to get job he couldnt get one, he went into water production and that has been he was into. He is 38, from Bira Community in Gokana Local Government Area.

Meanwhile, the Police in Rivers State have assured that the suspects will be charged to court as soon as Investigation is concluded.