By Meemee (self media writer) | 2 years ago 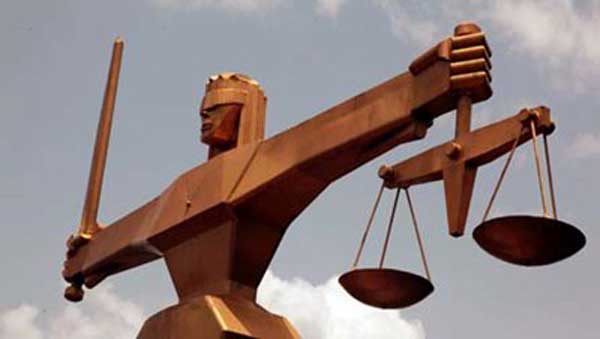 A Federal High Court in Abuja has admitted in evidence audio/visual recordings of the confessional statements made to investigators by members of a gang accused of kidnapping popular lawyer, Mike Ozekhome (SAN) and other prominent citizens.

Ozekhome was reportedly kidnapped on August 23, 2013 on Auchi Road in Edo State by a gang of seven, said to have been led by Delta State born Kelvin Oniarah Eziegbe.

In a ruling on Friday, Justice Bnta Nyako rejected the objection raised by the defence to the admisibility of some audio and video recordings of the sessions,  where some of the defendants confessed to the crime.

Justice Nyako said the defendants placed no sufficient materials before the court to support their clam that they were compelled to confessed to committing the crime.

The judge said, from one of the video recordings, one of the four defendants - Frank Azuekor - looked comfortable and answered the questions posed to him intelligently, without showing signs that he was being forced to provide the responses he gave.

Justice Nyako said she would admitted the audio/visual recordings because of their relevance, but would allow lawyers to parties address the court, at the address stage, on the probative value to be attached to the exhibits.

When lawyers to the defendants, including Bala Dakum raised the issue of bail for their clients, Justice Nyako said: "I am very reluctant in granting bail to the defendants. The allegations against them are very weighty. My major consideration is their own safety too."

The judge then adjourned till November 4 this year for the continuation of trial.

In one of the admitted videos, Azuekor revealed that, on August 23, 2013, their seven-man gang ambushed Ozekhome’s vehicle on Auchi Road in Edo State.

He said the gang shot dead three policemen, who pursued them and recovered two Ak-47 rifles from them (the policemen).

Azuekor said the gang received a N28 ransom from Ozekhome before releasing him, adding that he got N4.1 million as his share.

The prosecution alleged that the defendants were behind series of kidnap and terrorism cases in the Edo-Delta states axis between 2010 and 2013.

It identified some of the defendants' prominent victims to include Ozekhome and former Commissioner for Higher Education in Delta State, Prof. Hope Eghagha, among others.

They are alleged to have, on August 23, 2013, kidnapped Ozekhome at Iruekpen on his way to Iviukwe in Agenebode, Edo State.

Ozekhome was said to have been held by the defendants for about three weeks before his release following the payment of ransom.

According to the prosecution, the defendants were also involved in the abduction of one Attanasius Ugbome and his friend, Emmanuel Maka Omorogbe, and the killing of five policemen and two prison officials.

The defendants were said to have made about N75million from Ozekhome, Eghagha, Ugbome and Omorogbe before they were released.

The prosecution gave the names of the policemen allegedly killed during the kidnap of Ozekhome and Eghagha to include: Paul Sunday Ajaka (an Assistant Superintendent of Police), Sunday Ewanshiha (Inspector), Michael Akpada (Inspector), Bakary Kong (Inspector) and Innocent Odoh (Sergeant).

The prison officials allegedly killed by the defendants were identified as Lawrence Edore (Inspector) and Oyibo Okoye (SPA).

Content created and supplied by: Meemee (via Opera News )