Brave Neighbour Rescues 2-Year-old boy who fell from a 5-Storey-building with bare Hands.

All thanks to God and a brave neighbor. A Chinese boy mistakenly fell from a five-storey-building. The two year old boy is from the eastern part of China. The little bit had several spins during the fall which was up to 50ft tall before a brave Neighbour caught him with his bare hands. It was the little boy who initially went out of his house and got into a small platform. He was holding unto this until he actually lost his grip and fell.

The boy allegedly climbed the platform that was supporting the air conditioner right after he crawled out of the balcony. The official post has it that the neighbour who caught him sustained injury in the arm. 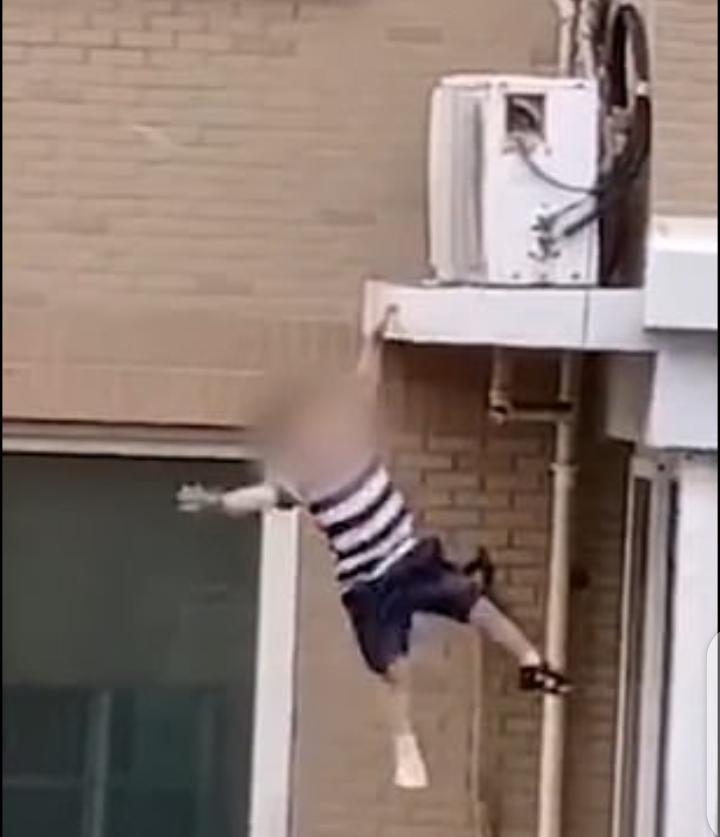 However, it was reported that it was not a major injury he sustained but a minor one. The little baby landed safely on the man's hand . The savior followed the child's movement closely and caught him with his bare hands whilst he stood on a stool.

When the child was taken to the hospital, there was no injury recorded, according to the propaganda department of Huai'an, which released the video on its social media account. 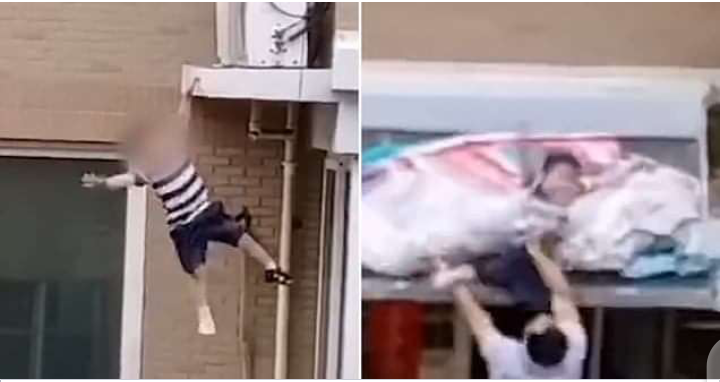 The man who saved the little boy, Mr Liu, told the reporters that the little boy mistakenly locked the door from inside and the grandmother was not able to enter the house. She went in search of a locksmith to get the lock open when the incident took place.

We could not see him falling from the building without doing anything,' he told Pear. 'It happened so quickly. I did not have other thoughts at the time but to save him.' Mr Liu said.

To be honest, this child seems to be lucky because if he wasn't rescued by the neighbour, it would have been a different story as I am not sure if he can ever survive that.