These Are Scary - Reaction After Man Claimed Buying African Dolls Is A Step Toward Stopping Racism.

These Are Scary - Reaction After Man Claimed Buying African Dolls Is A Step Toward Stopping Racism.

In the United States of America over the past month, there had been a vast rise in Racial discrimination which led to a numerous amount of death recorded, which also lead to riots as protesters became violent when it seems their voices weren't put into consideration.

The Death of a black American Man George Floyd, who was murdered by a Minnesota police officer was one which awoken the BLM movement all over the country requesting for Justice and an End to racial profiling and Assault. But it seems it wasn't effective as we still see police brutality on Black men in recent times. In Reaction to all the happenings, a Man on social media claimed that buying of African Dolls would be a great step in crubing racism, as people are too fond of buying American Dolls for their little ones. But this didn't seem to go down well with social media users as they claimed it was a totally bad idea.

The African Dolls which was made to be of Black colour which represent the African Race, was termed to be Scary looking and would disturb the mental health of the children.

Some claimed that waking up from a disturbing nightmare just to come in contact with these type of Dolls could lead one to faint, as the look too scary. They claimed it should at least be made more plausible to the eyes as no one would get that off the market if it was being sold. 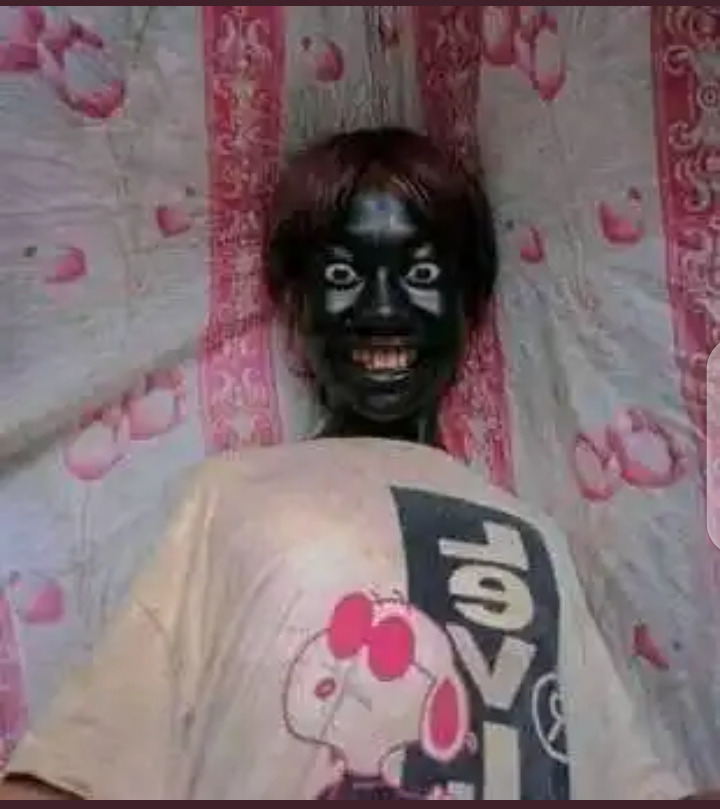 Others also claimed that the structure of the baby dolls was way off, as it had a very big tummy and big bald head which they claim depicts a typical African man. They also claimed they can afford to give their kids nightmare just because they want to buy black toys. 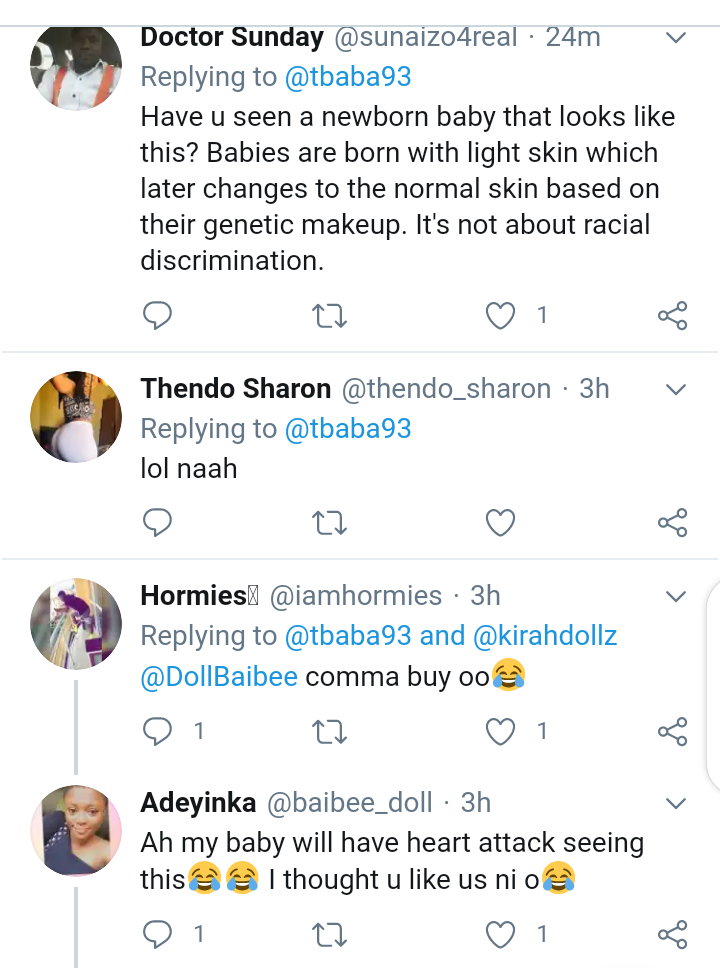 What are your own thoughts on this?