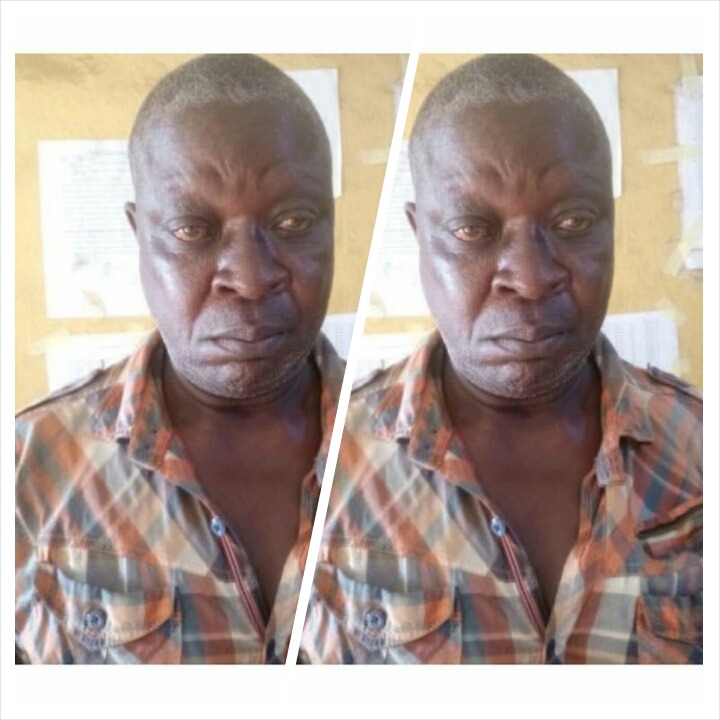 The act of rape isn't a welcomed one in sane societies and sane persons shouldn't be caught in the act too. But the case of Emeka Okwuome which was reported by Instablog Naija today remains mind-boggling.

55 year-old Mr. Emeka was reported to have been arrested for raping a 14 year-old neighbor's daughter in Oladunni Street, Ejigbo Lagos.

He was caught in the act on Friday but was publicized to media men today. His arrest was for allegedly defiling a primary six pupil who was a ward from the village to his neighbor.

The defiled minor said it all started when she was in the bathroom. According to her, he, Mr. Emeka barged in though other bathrooms were available for use. She said he told him to move away at first but started forcing himself on her.

The minor said she was rescued when one of the neighbors who heard moans from the bathroom refused leaving the scene till the person(s) in the restroom comes out.

Mr. Emeka pleaded saying it wasn't a deliberate act but, one done, through the devil using him.

At the time of filling this report, the culprit remains under the Police Custody for justice to prevail.

What do you think about Mr. Emeka and the primary six pupil?