Twitter Accounts of Billionaires and Former U.S. President Gets Hacked and Used For Scam (Photos)

Photos of The World's Richest Men and Former United States President Whose Twitter Accounts Recently Got Hacked and Used For Fraud. 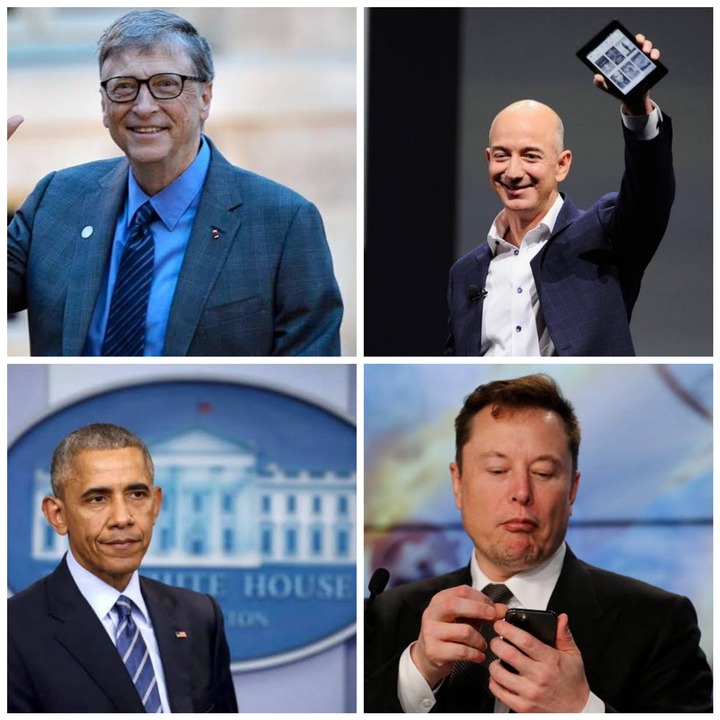 Twitter accounts which belongs to some of the world's richest men, and other prominent individuals recently got hacked and use for a Bitcoin fraud scheme on the popular social media platform.

The official twitter accounts belonging to prominent United States based Billionaires like Elon Musk, Bill Gates and even the world richest man Jeff Bezos, also fell victims to the hackers.

Photos of the Billionaires and Screenshots of the Fraudulent Message Tweeted From Their Profiles on Twitter: Photos of Most of The Prominent Individuals Whose Twitter Accounts Were Hacked and Used To Scam People on Twitter: The hackers released a fraudulent message asking people to send bitcoins to a certain wallet address, and promising them they will receive double the sent amount within a short duration of 30 minutes.

As of the time this article was being written, over 100 thousand dollars was reportedly sent to the bitcoin wallet. That will be around 38 million naira when converted to the Nigerian currency.

Please feel free to express your thoughts and opinions via the comments section, also share the article with friends and loved ones to enlighten them, so they don't fall victim of such schemes in future.