Father paraded after impregnating his 16 year old daughter in Rivers. 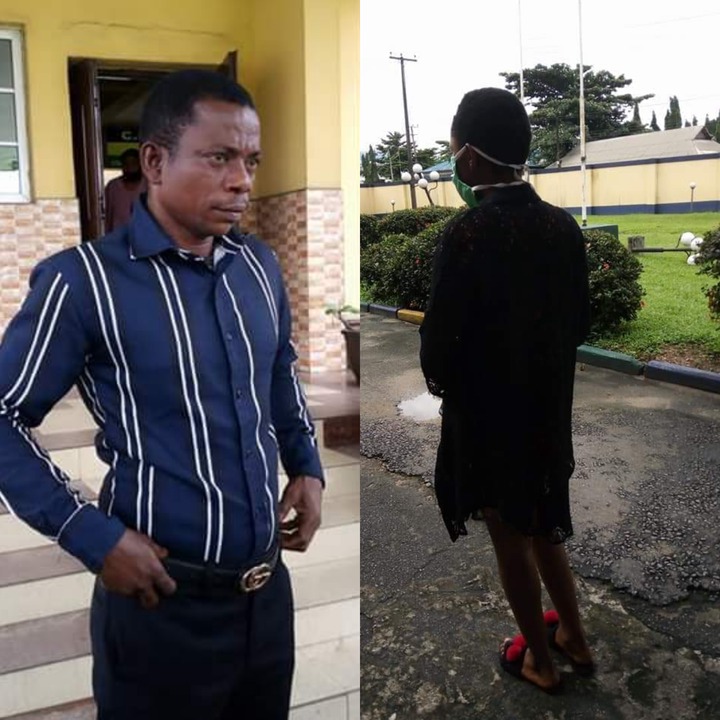 What a tragedy befalling a promising young beautiful sixteen years old girl getting pregnant for her bforty-seven years old father Eromonsele Mahmub who is insisting that the pregnancy should not be aborted.

Mr. Mahmub who has been sleeping with his daughter from age twelve did not denied the pregnancy but he is confused of what came over him to commit the incest. BelieveSpot reports. The father of three who is also a single parent said even if goes to prison, he is satisfied that his daughter has been freed from whatever has been making both of them to have sex unhindered.

The father claimed he was feed up in complying with the unseen forces compelling him to sleep with his daughter that was why he reported the matter to the police.

He claimed he does not know himself whenever the forces possessed him to commit incest which he accepted is abominable and he is ready to pay dearly for it but that his daughter’s safety is paramount to him even in prison.

But the story is not the same with the daughter. She told officials of the Rivers State Ministry of Social Welfare and Rehabilitations that her father alway forced her to have carnal knowledge with her whenever he pleases him.

She through the ministry official said he had threatened to stop paying her school fees if she deny him sex again. She is currently in the custody of the ministry pending the investigation and subsequent arraignment of her father.

Until this ugly incident, the daughter who is the first in the family with two sons have not seen their mother for years and all efforts to locate her have not yielded results as gathered.

Meanwhile, The father has been detained by the police awaiting the outcome of their investigation. This was confirmed by spokesperson of Rivers State Police command, Nnamdi Omoni during the parading of the man. Davido Celebrates His Only Son Ifeanyi As He Clocks Two.