By FastestFingers (self media writer) | 2 years ago 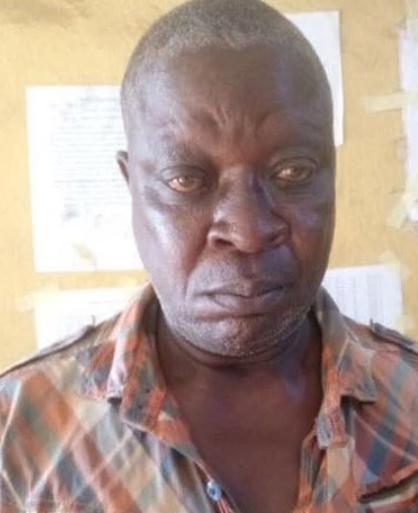 In Lagos State, a 55-year-old man who is a widower has been arrested for defiling a 14-year-old girl who happened to be the neighbor of the man. It was gathered that the 14-year-old girl was a primary six student who was living with her relatives. The man who goes by the name Emeka Okwuome was said to have touched the young girl indecently In the kitchen once, but stopped the act because he could hear someone coming close. It was also reported that he asked her not to communicate what had happened to anyone.

He however didn't stop as it was reported that he then went over to the bathroom where the girl was and asked her to open the door. She was scared when she heard the knock on the door.

The man then told her that he wanted to urinate, even when there were other vacant bathrooms around. She reportedly opened for the man out of fear, and he came in to carryout his evil act and threatened to beat her if she shouted. It was when she shouted that a fellow tenant came over and said she wouldn't leave if the door isn't opened.

The widower was arrested and he claimed that the Devil was responsible for what happened. The man then reportedly asked that the matter be settled without taking the case further because his children were alone, and there was no one else to care for them especially one of them who was mentally ill.