Remembering A Man That Beheads His Colleague After Seeing 13M On His Account, Here Is What Happened 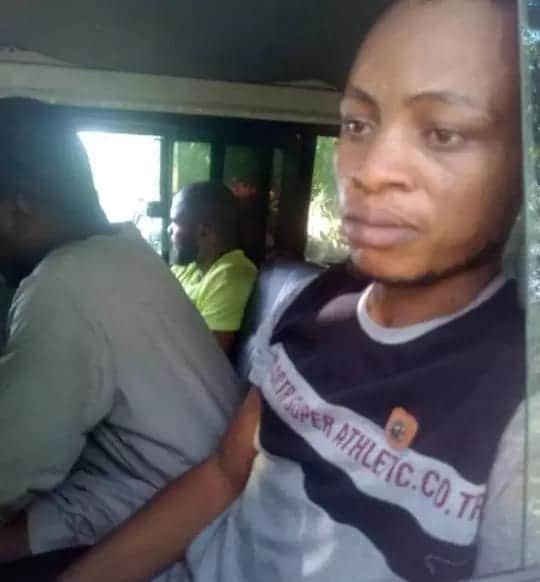 wisdom, was allegedly murdered by moses on the 7th january 2020 , his friend and colleague.

According to the source, this young man moses as identity, murdered his best friend after he told him of the 13 million naira account his elder brother sent to him for completing house project.

The source also stated that, during a night shift at the table water company where they worked in the town, he went and took possession of wisdom phones and automated teller machine card.

After he gets rid of wisdom, moses took the automated teller machine to some internet fraudster in the state who helped him to withdraw the sum of 2.2 million naira on wisdom's account.

Thereafter, he went to v p.o.s points in the city to withdraw the various some of money. After he succeeded in the operations. He went on to behead wisdom lifeless body, and dumped the headless body in a bush closed to the company.

Later the headless body was found, and it was reported to the policemen. After some investigation was made, they discovered that moses was behind wisdom death. he was judged and sentenced to prison.

He is confessing how wisdom come to him in dream every night. Is just the beginning for him.

Content created and supplied by: Uche20 (via Opera News )