The Pakistan 'Human Collateral' Incident and the Possibility of a Fraud Scheme.

The news recently, of the plight of a man who was used as a collateral by his uncle,

in drug transactions, in Pakistan shook the whole world by its very bizarre nature. While the actual authenticity of the incident cannot be categorically ruled out, my personal scrutiny and observation of the video and the story surrounding it pricked my mind in a way that provoked deeper cogitation on the unseen possibilities to it. 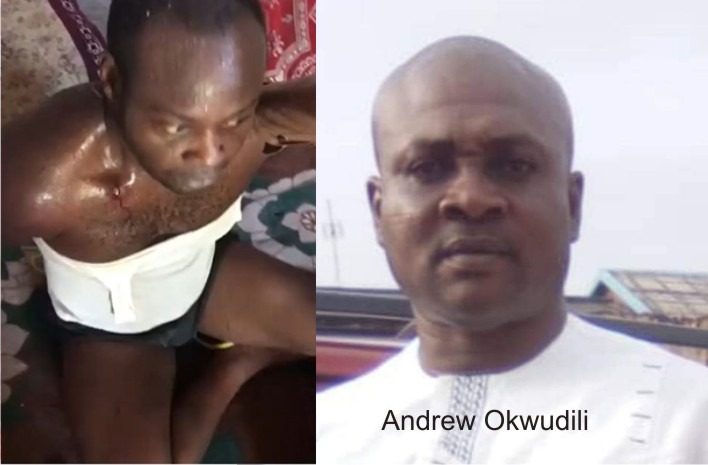 But before I go on to share my observations with you, let me state it clearly that this is just a personal view of the incident, that may not actually reflect the truth behind it. However I strongly believe they are worthy of consideration.

After carefully scrutinizing the video and the attendant story, I could only come to the conclusion that the whole thing bellies the possibility of a tripartite fraud scheme put forward by the three parties, namely; Mr Andrew Okwudili, his cousin and the drug baron. Now, how did I come to this conclusion.

For one, the story, as I read from various sources alleged that, the culprit, Mr Andrew Okwudili had been given an earlier consignment of drugs which he had sold, only to come and tell his boss that the market was bad and he needed another consignment to be able to make complete payment for the first and new consignment. His boss obliged him on the condition that his cousin should remain with them as an assurance of his intentions to return to pay for the goods. Now the inconsistency in this story is that, in the first place, it is not in the manner of drug barons to trust anybody to the point of giving them a second chance. Whoever that "boss" is must be a novice in the trade indeed.

Secondly, it is not in the manner of drug lords to accept human collateral as evidence of trust. Any betrayal by real drug lords must eventually lead to brutal consequences on the culprit, as they would go to any length to find him, no matter how far away he ran.

Thirdly and finally on the story side of the episode, making a recorded video showing the torture of the human collateral, with a display of illegal weapons to go with it, would be a most foolish thing for any drug lord to do. It should be noted that illicit drug trade is a very serious offence that attracts the death penalty in Pakistan. Exposing themselves to the possibility of being tracked down and arrested would certainly be the dumbest venture to undertake. But hold on a second, how was the bail gotten to the drug cartel without the security agencies in Pakistan not being able to leverage on the occassion to effect an arrest of the drug dealers.

Now moving on to my observations on the video, to which I would urge my readers to give a second view after reading this, if they have the access; I observed several quite obvious anomalies . For one, the sound of the stroke's impact is not followed by the visible impact of it on the victims body, at least, in a section of the video.

Again the sound of impact of the stoke is not in synchronicity with the victim's reaction to the effect of the impact.

And from the victims reaction, addressing his tormentors as "boss", it is quite obvious he is familiar with them and may well have been a regular part of the cartel . Does a such a person actually deserve the sympathy of decent society, assuming that is the case. And moreover, to me, the victims reaction to his torture has the semblance of 'play-acting'.

Now, as for the misfire of the gun, it would be almost impossible to miss the target at such close range by any competent firearm user, except it was a deliberate misfire.

The following observations are by no means exhaustive. Anybody who shares my opinion can take a closer at the video to bring out more inconsistencies.

My summation; the exigencies of the covid19 pandemic has created varied and far reaching consequences all over the world. The under-world of drug dealers will not be any less affected. With the absence of substantial demand for the their commodity, these smart buddies may have come up with this fantastic scheme to make some fast buck, and it has paid off obviously.