Confession: How I joined the Buccaneers Cult and Became a Grand Cultist

By CityTv (self media writer) | 2 years ago

A young guy identified as Roland shared story of how he became a Grand Cultist by joining the Famous Buccaneers Cult, he stated that he was still in his year one when he joined this cult group.

Buccaneers is a Secret illegal student society in Nigeria, Roland said that night he was being initiated it was very brutal and disastrous, Older members where singing and dancing where I was been beaten severally until early hours of the morning. 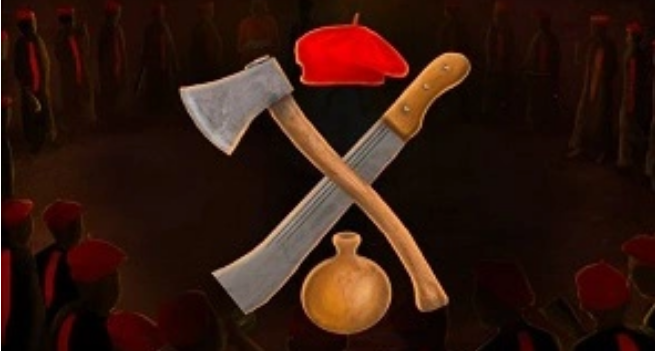 The ritual was done to remove fear and install bravely in them, the moment you enter you come out a different person, they have almost same slangs like the military groups and uses code words to communicate

They promise new members protection from rival gang, but it all about power and popularity, though secrets society are banned in Nigeria and many members arrested they still operate especially on universities where they can get new members. 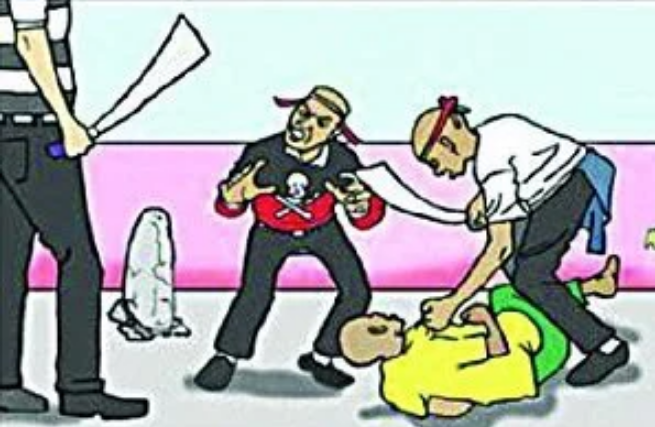 Why Roland became a Buccaneer

Roland joined the Buccaneers to gain protection in his university in the eastern part of the country, several times have him and his best friend being robbed by other confraternity so he was dragged into the feud and was assaulted on multiple occasions. 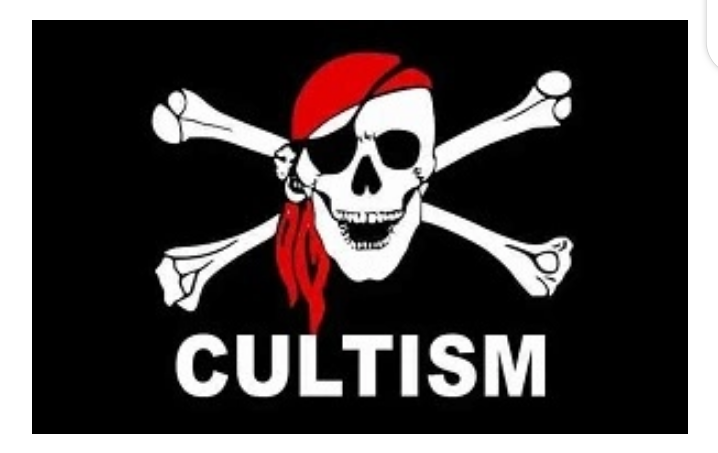 He reported the attack on university to the police and school security guard but the couldn't do any thing to help the matter, but rather the would say you are giving them fake news and they wont believe and to gain protection many students are joining since police aren't helping the matter 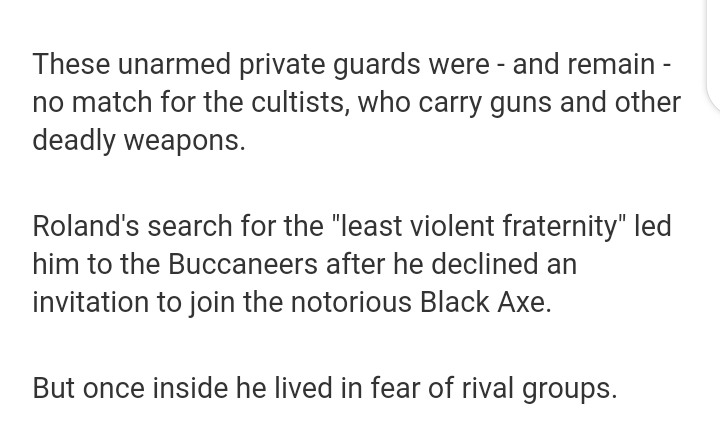 Still with the Buccaneers he feared the other rival because he has rejected many invitations form other confraternity, and choose Buccaneers because his friends advice and convinced him that Buccaneers is the highest but he found out that no cult is the highest it just depends on your coordination...

Content created and supplied by: CityTv (via Opera News )