A Community in Kogi State Cries For Help Over A Corpse Abandoned On The Street.

By FirstBulletins (self media writer) | 2 years ago

Oboroke community in Ihima part of Kogi state have cried out as there is a growing concern over a seemingly corpse abandoned in the area. 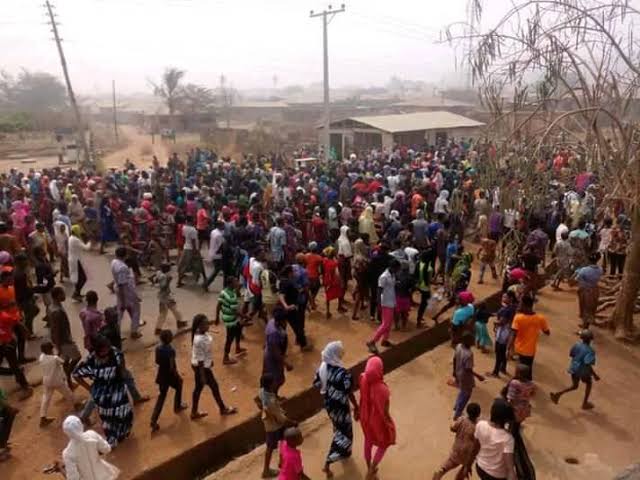 While it is difficult to ascertain whether the person who appears to be a middle aged man is dead or not, it was learnt that the body have been there for over two days with the condition getting worse day by day.

At the time of this report, the body was still lying there. Nobody know whether the government are aware of this commotion.

From a clearer look at the body on Sunday afternoon, the face had turned black while flies were admiring the lifeless body.

From the reactions of people around the area on whether they felt the person was still alive or not, some of them argued that the person must still be alive for the body not to have swollen as is typical of dead bodies.

However some of the members of the community argued that the person must have died given that it had been motionless for days. The face turned black and flies already hovering on the body.

Some resident who disclose the information noted that the body has been there for almost a week. “But for some time now he has been motionless, rising assumptions that he might be dead."

The concern now is that the body has not swelled neither is there suspicious smell around there. Thereby, the need for government's attention is paramount so to do something about it before it poses health hazard.

Content created and supplied by: FirstBulletins (via Opera News )