Chanting "Black Lives Matter" is not our problem but Slavery and ethnicity.

Slavery is the act of trading on human beings which can be for the exchange of inanimate things and indeed so shameful and if slavery is not taken off our practices, "Black lives" will ever be in jeopardy. Slave trade became popular in the 19th century where Portuguese and some other merchants had the opportunity of coming to Africa to buy slaves who would be working in their plantations while some will be tortured more mannerlessly than a beast of burden, this happened even between Africans themselves. 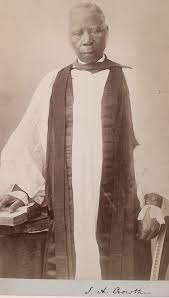 Many people will say that without slavery, Bishop Samuel Ayayi Crowther couldn't become the first African bishop but the big question is "how many African souls died as the result of slavery?" This is the question that should be considered in all centuries. The worst of it is that the slave trade was perpetuated by Africans themselves as the merchants were only limited to the Coastal area of Africa, Africans will then capture their fellow Africans and sold or exchange for either salt, mirror, Matches, or clothes. Blissfully, in 1807 the Abolition Act was adopted and this in no small measure curtailed the Slave trade. Williams Wilberforce in a blessed memory deserves our eulogies, the abolition was an accomplishment of the United Kingdom's parliament.

Surprisingly, despite Slavery was abolished far back 1807, some people, Africa in precise, are still involving in such heinous and inhuman act, I may not mention Libya but we know ourselves. Since some Africans hate themselves and make their brothers and sisters to be known slaves, some of the whites see the reason why they should think that "black lives do not matter." 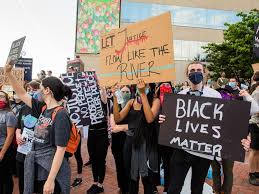 Moreover, Africans are Negroids and should not forget to know that they are one, if we go out there everyday in foreign lands carrying placards that has the inscription "Black Lives Matter" yet we don't love ourselves and our home is not in order, it will all be like building an edifice on a sinking ground which it's foundation is never okay.

The worst thing to happen to a man is being betrayed and enslaved by his fellow man, many children are betrayed by their fellow African people and their future is never secured. If the leaders of tomorrow are this despondent, is there any hope for tomorrow? Or should black lives only matter on foreign lands but at home a subject of caricature? Hmm, Africans, enough is enough, lets rethink of our destiny and compare and contrast to other continents, if the ratio is good then black lives really matter. Do "black lives" really matter when millions of graduates are desperately looking for jobs? Can't there be a solution to this menace? Today in Africa, politics and ethnicity have seemingly destroy us, killing of ourselves everyday is here and there, why can't we protest for at least a year, who we are (at home) is the letter-head that declares us either honourable or dishonourable outside the African shore. 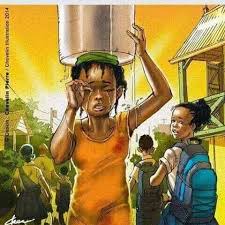 Child Labour is seen to be ethical here in Africa, during school hours you'll see "The future leaders hawking on the street", it's obvious that a child that suffer on the streets, can do and experience anything on the same streets which raping can be one of them. Child Marriage is still the form of "Slavery" that many said civilized Countries in Africa are celebrating even practised by people of high profile, the child above that gives birth to twin children is not even up 17 years old. We now see that in Africa, even children give birth to children which suppose not to be so.Hard Labour is also one of them, we think that it's normal but the truth sill never to be denied, let us ammend our ways if truly "Black Lives matter". 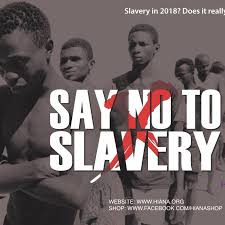 Finally, let us not be carried away by "Black Lives Matter" chanting but to always know that we have to say "no to Slavery" among us because if Black Lives do no matter at home, it can never matter outside home.