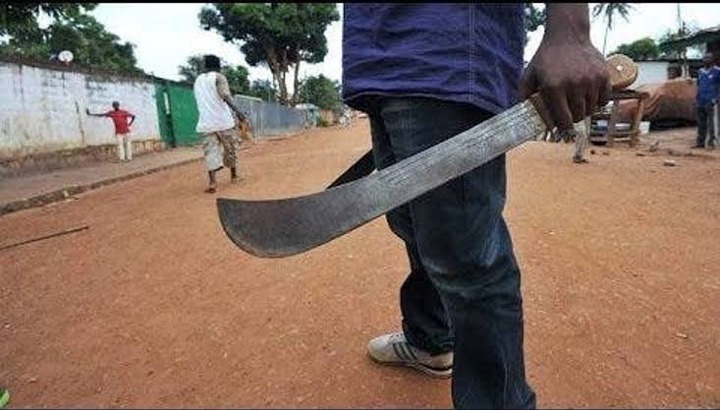 Different troubles and problems for different people in this country. There are different happenings around the world that may sometimes be unbelievable.

Tragedy struck Umueje village in Obinze community in Owerri West Council Area of Imo State following the death of a young man identified as Bright Odi who was allegedly killed by a brother, Victor Iwu. Problem ensued when there about the share one of their sister's bride price.

Information gathered as revealed by the resident of Obinze community, said the suspect and his brother were engaged in bitter argument as regards to the sharing formula to be used in the sharing of the proceeds of their sister’s bride price when The elder brother, Victor Iwu kicked the Bright on his scrotum, which leads to the death of the victim.

To the amazement of the villagers, Bright was later pronounced dead the following day of the incidence.

In hearing this sad news, the youths of the community were bittered and rushed to the suspect’s house and razed it down.

Orlando Ikeokwu, Imo State Police Public Relation Officer, confirmed the incident, and made it known that the matter has been transferred to the State Intelligent Department for further investigation into the matter.

As you can see the negative effect of big bride price. If groom is allowed to pay just 2000 as bride price now will they kill eachother on such amount? Comment your view, share and like the post