Fake News, as the name implies is simply a news that is fake. Fake simply means, not real, false, fraudulent, inauthentic or unauthentic. 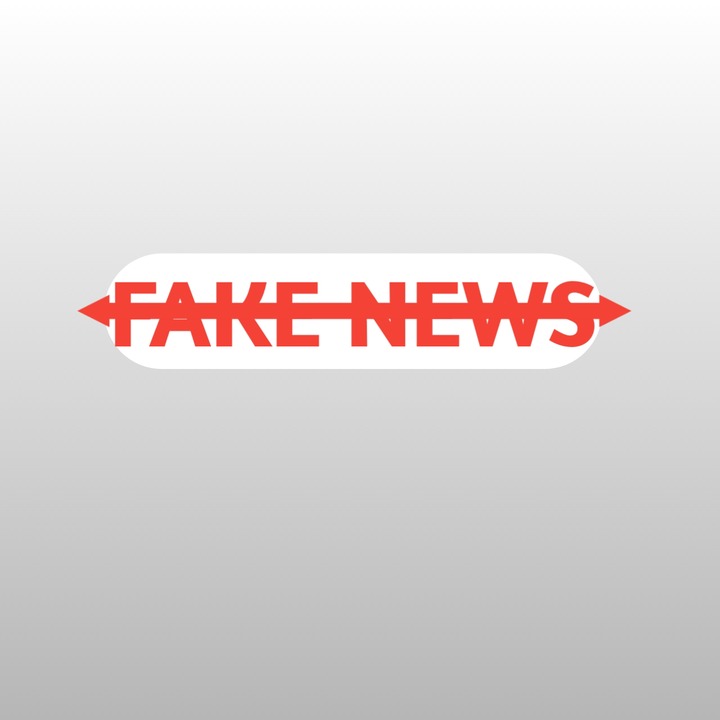 According to 30seconds.org, “Fake news” is a term used to refer to fabricated news. Fake news is an invention – a lie created out of nothing – that takes the appearance of real news with the aim of deceiving people. This is what is important to remember: the information is false, but it seems true.

That’s logical! If it is too obvious that it is a lie, it won’t have any impact. Fake news is a little like a false rumour, but on a large scale.

Just as true information has many faces, fake news can also come in many forms. Click here to read the forms of fake news.

Fake News should not be mistaken for mere rumour. There's no rumour without an atom of truth. Wise creators use some words to show whether a news is true, rumour or unverified.

I am not going to go deep to explain this since the intention here is to change some people's mindsets and understanding towards news.

Words like, confirmed, verified, revealed and so on are used in news that is true and confirmed.

Words like, alleged or allegedly, unconfirmed, supposed, doubtful and so on are usually used in rumours.

The above is not a perfect explanation. Make your research.

It is very disheartening to see someone comment "fake news" on a news that is not fake. This news may contain "alleged" yet someone who didn't do research about the news will just comment fake news.

If you are a creator, you will understand how disheartening this is.

Apart from not being literate, some people are so wicked that they can't read any news without dropping the two most annoying words "fake" and "news" (fake news).

If you don't have anything to say after reading a content, just press back button. It is not a must that you should comment. If you must comment, be careful of what you want to say. Let's use our brain for once.

Some people are oblivious of the harm the two words can cause to the source. Some comment fake news because they feel like commenting. Seriously this is bad and has to be stopped.

As it is important to report fake news, so also is it important to verify a news before reporting or commenting fake news. Please let's be guided. Let's keep our comments respectful.

Many people may have had their articles rendered useless just because of fake news comments on the article.

One thing we should know is that Opera news doesn't laugh at fake news. They take every article very important. In a bid to get rid of fake news and maintain their reputation as the best news hub, Opera news hub frowns at fake news and can do anything to punish the source.

We should know that the AI is not perfect, as it is garbage in garbage out. Also, those people who work in Opera are also humans as they make mistakes. Therefore commenting fake news on an article that doesn't contain fake news may render the article useless and the source punished. Even other readers may be discouraged, or the true news may not be assimilated as they now have read with biased minds.

Creators are also advised to desist from any act that can mislead readers. Make proper research before publishing your article so as to not mislead readers and in turn have yourself punished. Be guided.