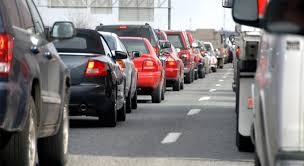 Sometimes in life, the unexpected happens and leaves people in shock for a long time.

Each day when we live home, we always expect and hope to come back to our families and loved.

Thankfully, most of us make it back home alive and in one peace.

May God continue to protect us.

But some people are not fortunate to make it back home. Some get into all kinds of problems, and some have a really hectic day.

Like the businessman whose story I heard about recently.

His name was James Obinna, a textile dealer in Lagos.

Well, James was a very busy man, but he enjoyed having a good time on some weekends.

On this very particular day, James left home in the morning, informing his wife that he had to catch up with some friends.

He got into his brand new Lexus SUV and hit the road, playing some cool music. He cast a glance at his wristwatch. The time was a few minutes past 11a.m.

Suddenly, there were sounds of gunshot in the atmosphere, sending people screaming for help and scampering to safety. James Obinna was petrified and he caught his breath, wondering what was going on.

Looking through his window, he saw that a black SUV had blocked the path of his Landcruiser. Four men caerying rifles sprang out of the SUV and ran towards James' car.

James was alarmed as two of the men shot into the air while the other two came forward and forced his door open.

They held their guns to his head and bundled him out of the car. They were shouting threatening orders to him, asking him to co-operate or risked being shot.

The men pushed him in the back of their SUV, which sped off with a loud, menacing screech and more sounds of gunfire. 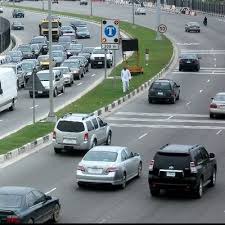 Mr. James was afraid for his life, shaking as he was sandwiched in the midst of two young men who looked to be in their twenties.

His mind was going round in confusion. He wondered what was going on? Who the men were? Where they taking him to? Was he going to come out of this alive? What was their mission?

Some few minutes into the journey with the unknown men, they parked briefly on a quiet road and pulled a blindfold over James' head. Then the journey commenced again.

Finally, the journey came to a halt and James heard a gate being opened. The SUV drove forward and came to a stop, and the gate closed again.

James was brought out from the car and whisked into a building by his abductors. He couldn't see anything and he didn't know where he was, which made the terror in his heart to heighten.

They brought him to a room and made him sit on a wooden chair. Then they tied his hands behind his back and his legs together, leaving his blindfold on.

Then they left him alone in the room without a word.

James was shaking. He was sweating like Christmas goat.

He thought about his family and wondered how they would take the news when they found out he had been kidnapped, or worse.

After several hours of waiting in that posture, with his limbs restrained and the blindfold still on, James heard another sound and he knew someone had come into the room again.

His heart skipped as he braced himself for the uncertainty of what was to come.

In his heart, he was saying a prayer to God for help.

What would become of him?

Why did they take him?

Was it a random kidnapping or a scheme orchestrated by business rivals?

Would he come out of this alive?

That's it for now. Read the concluding part of the story tomorrow to find out how James was able to escape from the kidnappers.