EFCC Arrest Soldier, and 26 others over alleged Internet Fraud.

By Amosgozie (self meida writer) | 8 months 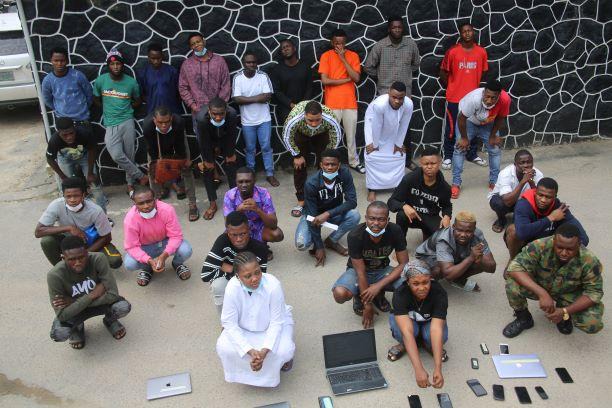 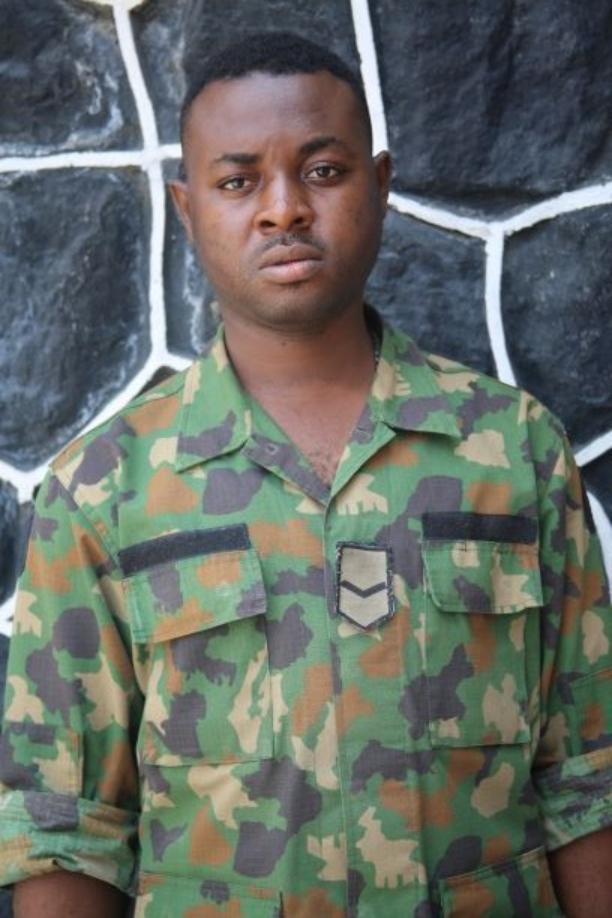 Operatives of the Economic and Financial Crimes Commission, EFCC, Lagos Zonal Office have arrested a serving military personnel, Lance Corporal Ajayi Kayode and 26 others for alleged internet fraud in the lekki axis of Lagos state. This information was brought to the notice of the general public Yesterday on a tweet from the EFCC Nigeria Twitter page at 7:40pm yesterday. 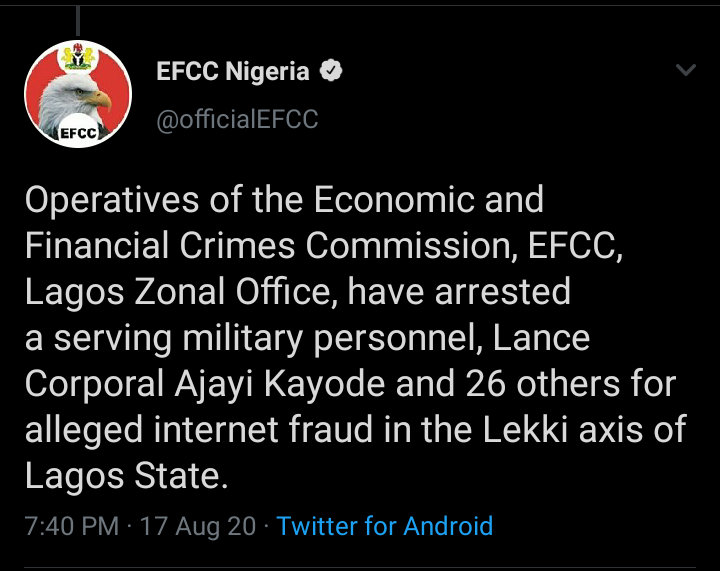 Kayode, with serving number NAF18/34732, was arrested in his military attire during an early morning raid at 6B, Fatai Idowu Arobike, Lekki Phase 1, Lagos, on Saturday, August 15, 2020. following intelligence received from concerned members of the public about his alleged involvement in criminal activities. 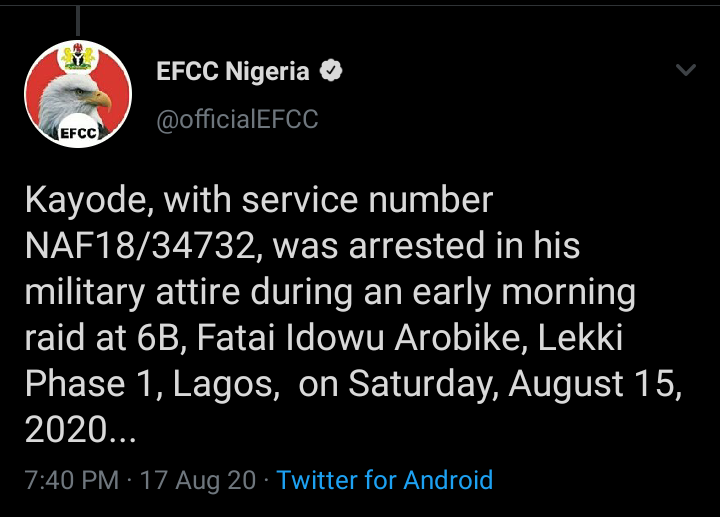 In his statement made to the EFCC, Kayode said the “big shot Yahoo boys” in whose company he was arrested, were his friends, and that they had been teaching him how to make money through cybercrime.

An EFCC statement said the ‘boys’ are allegedly members of Organised Cyber Criminal Syndicate Network (OCCSN), as the ladies arrested with them confirmed the involvement of their “boyfriends” in internet fraud.

The suspects will be charged to court soon. Says the EFCC.

He said stiff penalties would be meted out to any erring DFNI in this regard.

Umar made the declaration at the EFCC Academy in Karu, Abuja, during the opening ceremony of a four-day training on ‘Asset Tracing and Investigation’ organised by the EFCC for its officers, drawn from its 14 zonal offices.

Content created and supplied by: Amosgozie (via Opera News )

Beautiful, Adorable And Colorful Gown Styles For Little Princess To Try Out For Children's Day

Photos: Upgrade Your Wardrobe With These Fabulous And Uncommon Gowns Styles

You Can't Give What You Don't Have, Reno Omokiri Tells Buhari After He Pledged To Stabilize Chad