By Naijapadi.com (self meida writer) | 9 months 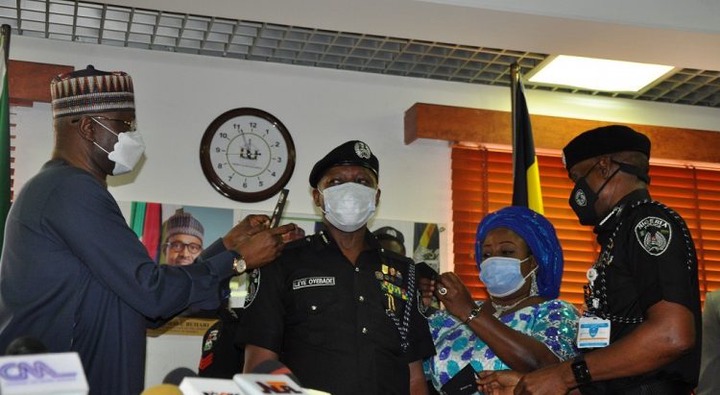 The ceremony was attended by the Secretary to the Government of the Federation, Boss Mustapha.

The Adamawa State Police Command has paraded 33 kidnappers and 10 robbery suspects, as well as 16 others allegedly involved in inciting communal conflict in the state.

Olugbenga Adeyanju, Commissioner of Police in Adamawa, confirmed the development while parading the suspects on Monday in Yola.

Adeyanju said that the arrests were made from the July 1, to date, as a result of relentless efforts of police personnel. The Acting Managing Director of the Niger Delta Development Commission (NNDC), Prof Kemebradikumo Pondei has collapsed at the ongoing probe by the House of Representatives.

Pondei collapsed during the ongoing probe of the Commission by the House Committee on NDDC on Monday.

The panel is investigating alleged N40 billion irregular expenditure in the commission.

Pondei reportedly collapsed when he was responding to questions about the N1.5 billion allegedly disbursed by the management of the as COVID-19 palliative to employees.

He was said to have failed to respond to questions from the chairman of the probe panel on the commission’s scholarship of Nigerians students abroad.

The acting MD was said to have been grilled for 45 minutes before he collapsed and was rushed out of the Conference Room 231, venue of the investigative hearing on illegal spending and mismanagement of funds in the commission. Some aggrieved owners of temporary shops built along Ibo by market roads in Kano, North West Nigeria have been protesting over what they termed as the illegal destruction of their shops by the state government without prior notice.

The shop owners blamed the state government for deliberately giving them short notice at a time the market is just opening for business after about three months of lockdown.

The demolition exercise which was carried out by the Kano Road Traffic Agency, KAROTA, left many shop owners crying for help as their means of livelihood were brought down.

Reacting to some of the allegations, the Managing Director of Kano Road Traffic Agency, Baffa Dan agundi says the shop owners were given about six months’ notice with due consultation.

“I was rejected 3 times at a ritualist den” - kidnapped 18 year old nurse narrates her experience.

"One phone call and they will be out", lady reacts to the arrested truck transporting Hausa men