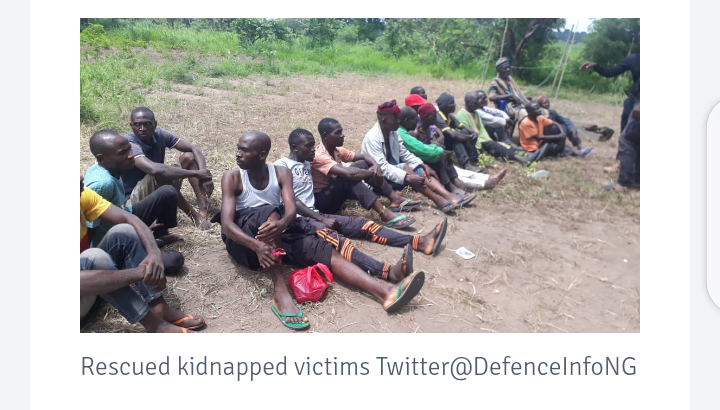 Troops of operation WHIRL STROKE in continuation of there efforts to rid the North Central Region of Nigeria of criminal elements have killed one major kidnap syndicate leader and rescued 34 victims from the Kidnappers den at Tomayin village in Logo Local Government Area of Venue State.

In a Statement issued by John Eneche the Coordinator of Defence Media Operations, on Friday, July 17, confirmed that the Attack on the kidnappers den was carried out by the troops following a credible intelligence on the activities of a notorious kidnappers gang operating in the area of Igbom village in Nenzev council ward of the State. 'The troops of Sector 2 and 4, carried out a raid on July 16, on a suspected kidnappers hideouts at Tomayin village, where the soldiers engaged the criminals in a gunfight forcing the Kidnappers to flee into the bushes." he said 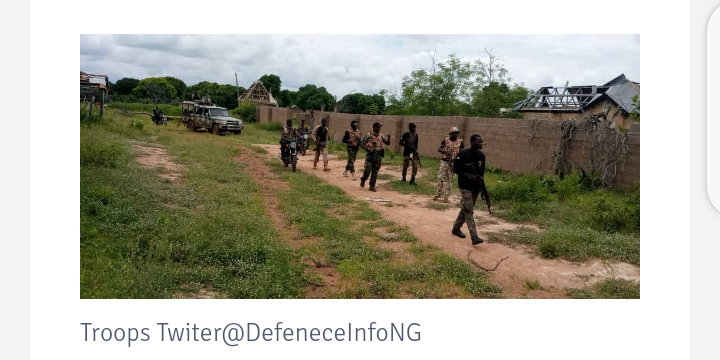 He added that, the soldiers was able to kill one Zwa Ikyegh who was Identified to be the leader of the gang, while others escape with various degrees of gunshots wounds.

The successful operation carried out on the kidnappers den lead to the rescue of 32 kidnapped victims, some of whom have been there captive for over a month.

All the rescue victims have been reunited with their families in different local communuties in Logo LGA, as of when this report is been written. 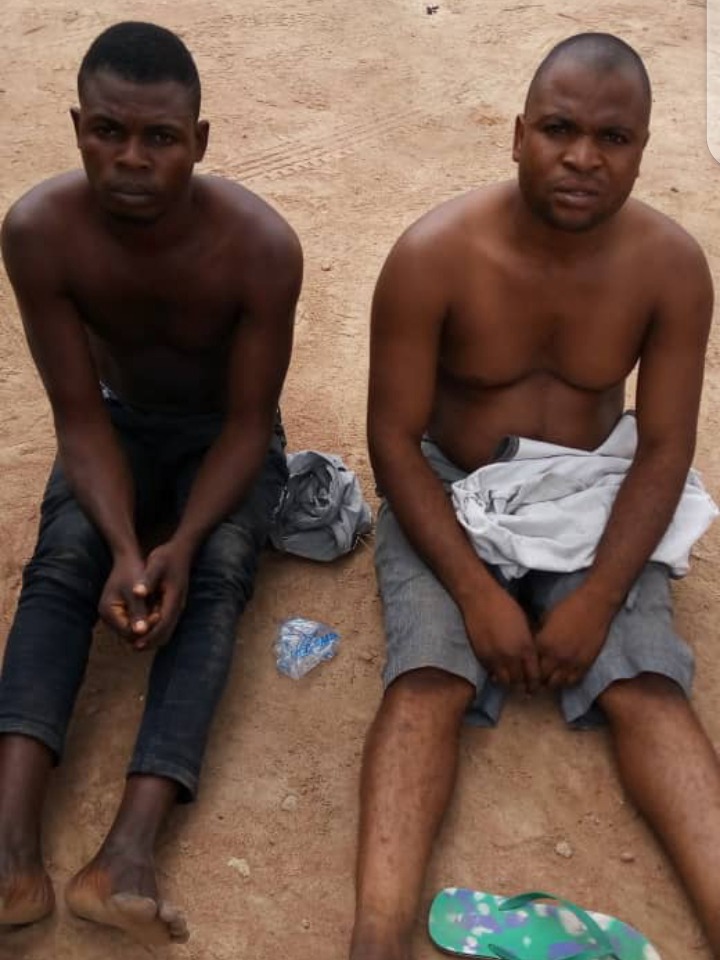 Also recoverd is a 22 rounds of 7.6mm special ammunition, 2 cartridges, 2 Motorcycles and some Charms.

The hideout has been completely destroyed by the soldiers. May God continue to bless the Gallant soldiers fighting in favour of the citizen of NIGERIA.