What happened to my neighbor's son last night

By PenExpressions (self media writer) | 2 years ago

What happened to my neighbour's son last night. We heard a loud scream from my neighbour's apartment and rushed out.

I'll take you back to some hours before so you can fully understand the situation.

We got home from work yesterday evening a bit late and noticed the usually busy apartment in front of ours was empty. It was a very unusual thing because my neighbour was a cheerful widow and businesswoman that was raising five boys alone. So the apartment was usually busy and loud voices regularly emanated from there. We were always greeted happily upon arrival by at least two of the boys. So this unusual quietness made my husband decide to give the woman a call to know if everything is alright.

He called severally but she didn't pick. So he just said we should try to be on the lookout for them to know when they return. We waited for some hours after dinner before we heard the loud scream from their apartment and rushed out.

When we got to their apartment the front door was open so we let ourselves in. we met Mummy Nife on the floor wailing uncontrollably and two of her boys trying to console her with tear-filled faces, while the other two sat on their dining table with tears running down their cheeks. 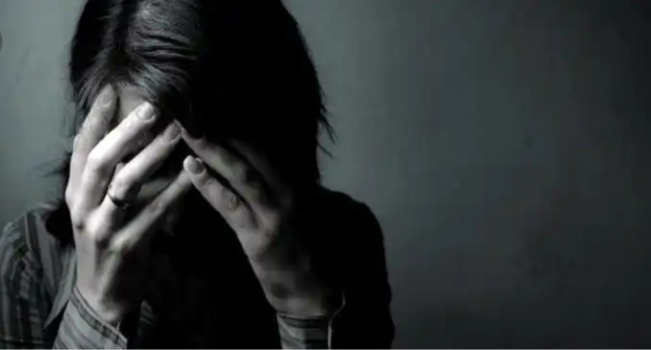 I quickly went to her to console and pull her up to the couch while my husband reached out for the boys. I was still trying to console her when she held my hands and shouted 'they have killed him'. I threw a shocked glance at my husband and he began to inquire from the boys what happened to their eldest brother Nife and what was the meaning of what their mum just said. The second son Tolu began to tell us while his mum and brothers sobbed loudly. According to him, it all started when they were helping their mother lock up her shop and she received a call from an unknown person. Saying they are looking for their daughter Michelle and wanted to know if Nife had brought her home. As she was last seen when Nife dragged her into a car from the front of their house as seen in their CCTV footage. Their mum responded by saying no and asked for their address so they could meet them up and find out what was going on. When they got to the address, they saw a lot of soldiers pacing up and down in the compound. when they entered the mansion the girl's parents were pacing up and down giving different instructions to different soldiers. They introduced themselves as major and Captain chukwuma. The man was a Major General in the army and the woman was a captain Naval officer. They said their daughter had been missing since morning and the only clue they had was footage where Nife was seen dragging her into a car and zooming off. They said they had been tracking him and finally found out who he was that's why they phoned. Their mum began to explain that Nife is a good boy and there had to be a logical explanation but it fell on deaf ears. The Chukwuma's continued to give orders that Michelle should be found and brought back unhurt no matter what. They tried to call Nife but he didn't take their calls. After some hours, Michelle was brought in shaking and crying. They rushed towards her trying to inquire about Nife but she was quickly taken in by her parents. It made their mum start crying and shouting. After some minutes, the Major came in and told them Michelle was rescued from Nife in an uncompleted building. His boys dealt with him to prevent him from trying to kidnap other innocent girls. So he fainted while they were taking him to a police station. with that news, they rushed out to the hospital, only to be told Nife had died some minutes back from complications resulting from the beatings. We spent some hours consoling them. I even prepared food for the boys and their mother but she rejected the food so I had to persuade her to take a glass of juice and sedatives before we left.

What a sad evening.

We couldn't sleep till early morning when we got to our apartment. We just sat quietly together thinking about how the lively Nifemi a civil engineering student died so painfully.

This morning, my husband remembered Nife gave him his laptop to help him fix yesterday. So he told me he would just quickly fix it while I prepared the food we would take to mummy Nife. I heard a loud scream of 'oh God' and I rushed out to check on my husband. Only for me to meet him standing with his hands on his head with a tear-filled face. I quickly grabbed the laptop and my legs could not carry me after I read the chat on the screen.

Nifemi and Michelle were dating and Michelle wanted Nife to disvirgin her but he refused and became angry. The chat ended with Nife saying he is coming to pick her up from her house with a friends car.

You can put two and two together, right?

What a tragic loss. Content created and supplied by: PenExpressions (via Opera News )