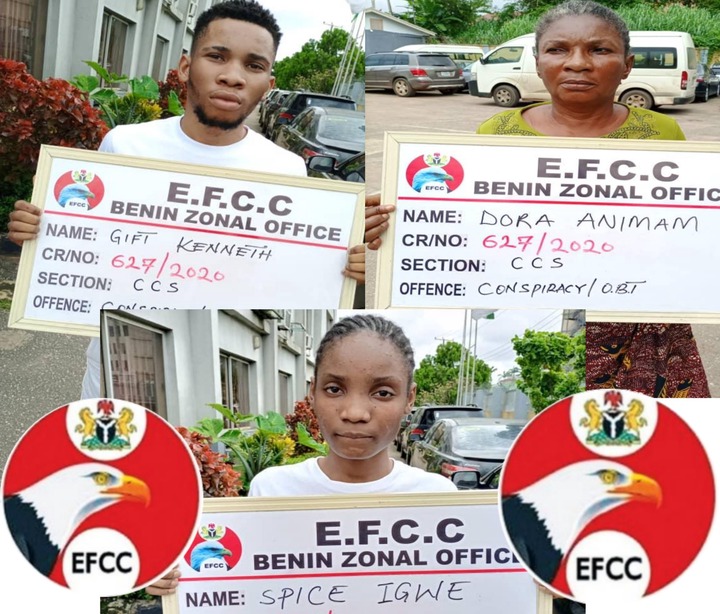 The Economic and financial crimes commission, EFCC through her twitter handle has revealed some suspects involved in internet fraud has been arrested.

According to the revelation made by the commission, the arrest was made based on the petition from the United States' federal bureau of investigation, FBI and intelligence operatives of the commission.

In total, EFCC made three arrests which includes a Gift Kenneth, a 22-year-old computer science undergraduate of the University of port Harcourt, UNIPORT, his mother, Dora Animam and his girlfriend, Spice Igwe. All of them were arrested on the grounds of suspected internet fraud.

The commission also revealed that they were arrested in Agbor, Delta state by the Benin Zonal office of the EFCC. Items that were recovered from them includes Mercedes-Benz CA250, Mercedes-Benz C250, mercedes-benz GLK350, Laptop computers and mobile phones.

Read the screenshots of full statement below; These are the photographs of the two Mercedes-Benz cars that were seized from the suspects. The commission revealed that the suspects have made useful statements and will be charged to court.

Here are their photos;