Opinion: Ibrahim Magu, the Hunter has Become the Hunted

Opinion: The EFCC Chairman, the Hunter has Become the Hunted. 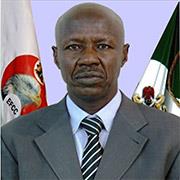 Mr. Ibrahim Magu was born on 5th day of May, 1962. He is from Borno State of Nigeria. Ibrahim Magu was appointed Economic and Financial Crimes Commission chairman by President Muhammed Buhari . Hus appointment was greeted by disapproval yet the president of Nigeria appointed him the acting chairman of the EFCC. He remaied the acting chairman of the Commission from 9/11/2015 to 7/7/2020.

The Commission Magu was heading was charged with the function of fighting corruption in the country which entails or suggests that the head of the Commission must be above board. The Commission under the sheer watch and control of Magu has overbloated anti graft wars in the country. Many especially the main opposition party has accused the APC led government of selective prosecution of their perceived enemies of the government of the day. Notwithstanding the criticism against the Commission led by Magu and the APC government the anti graft wars continued in fierce manners.

While the anti corruption is being waged by Magu against the corrupt public officials, their looted money and property were recovered from them. A lot of people were caught up with the anti corruption war and they paid the huge price by refunding the public money they misappropriated. The money runs in trillions naira. Magu deserves to be commended for this feat but surprisingly he was recently arrested over the same allegation of corruption he was fighting.

The president Buhari has set up Presidential Probe panel to investigate the financial misappropriation by Magu. The paned is led by Ayo Salami the former President of the Court of Appeal . Magu is is under probe of the panel which led to his arrest and detention for ten good days in police detention facility. Rosin Ojaomo is the lawyer of Magu. He has been working a around the clock to secure bail for his client Magu who is being detained as he used to detain others who are suspected of corruption. Magu has been granted bail at last but it was not funny for him.

Sequel to his being probed, the president Buhari has relieved him of his appointment as acting EFCC and has gone ahead to appoint Umar Mohammed as the chairman of EFCC. Magu is now answering questions on corruption allegations of embezzling the public funds under his Commission which he recovered while fighting corruption in Nigeria.The hunter is now the hunted.

Content created and supplied by: Godwin84 (via Opera News )

Bakare Visiting PMB 82 Days After He Vowed Not To; And Why We Shouldn't Die Fighting Political War