By Olami2gud (self media writer) | 2 years ago 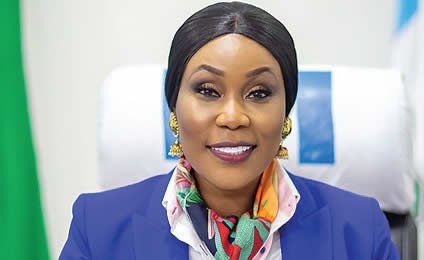 According to PathFinders Justice Initiative, Human trafficking is a form of modern day slavery, involves the illegal trade of people for exploitation or commercial gain and is a $150 billion global industry. Two thirds of this figure ($99 billion) is generated from commercial sexual exploitation, while another $51 billion results from forced economic exploitation, including domestic work, agriculture and other economic activities. Supra. The average woman trafficked for forced sexual servitude/exploitation generates $100,000 in annual profits (anywhere from 100% to 1,000% return on investment) (Organization for Security and Co-operation in Europe (OSCE)). According to the United Nations, the smuggling route from East, North and West Africa to Europe is said to generate $150 million in annual profits ( $35 billion globally).

Founded in the year 2003, during the administration of former President, Olusegun Obasanjo, the National Agency for the Prohibition of Trafficking in Persons (NAPTIP), a law enforcement agency of the Federal Government of Nigeria, has successfully helped in the combat against human trafficking and other similar human rights violations in the Nation.

An agency under the supervision of the Federal Ministry of Justice, NAPTIP was established under a federal bill on July 14, 2003 by the Trafficking in Persons (Prohibition) Enforcement and Administration Act (2003) through the advocacy of Women Trafficking and Child Labour Eradication Foundation (WOTCLEF).

NAPTIP has the mandate to enforce the Trafficking in Persons (Prohibition) Enforcement and Administration Act (TIPPEA) in Nigeria.

According to research, Nigeria remains a source, transit and destination country when it comes to human trafficking. Per the latest Global Slavery Index (2018) Report, Nigeria ranks 32/167 of the countries with the highest number of slaves – 1,386,000 – and its National Agency for the Prohibition of Trafficking in Persons (NAPTIP) reports that the average age of trafficked children in Nigeria, now upgraded to a Tier 2 country on the U.S. State Department’s Trafficking In Persons Report (2019), is 15. Reports have it that NAPTIP further contends that 75% of those who are trafficked within Nigeria are trafficked across states, while 23% are trafficked within states. Only 2% of those who are trafficked are trafficked outside the country, according to NAPTIP (2016). It is the third most common crime in Nigeria after drug trafficking and economic fraud (UNESCO, 2006). The general factors that increase vulnerability to trafficking in Nigeria include extreme poverty (now the world’s poverty capital), corruption, conflict, climate change/resulting migration and western consumerism.

Equipped with competent departments such as Investigation and Monitoring, Legal and Prosecution, Counseling & Rehabilitation, Public Enlightenment, Research and Programmes Development, Training and Manpower Development and its Rapid Response Squad Unit, NAPTIP has been able to discharge its duty smoothly in combating human trafficking.

No doubt, the 53 year old Bayelsa born Director General of the Agency, Julie Okah-Donli has been instrumental to the many achievements of NAPTIP. The Agency has succeeded in jailing many human traffickers, while many cases being prosecuted by the agency are still in court.

Okah-Jolie, a Nigerian lawyer, chartered secretary and administrator, who serves as the Director General of the National Agency for the Prohibition of Trafficking in Persons, has tackled human trafficking and other related matters head long with the assistance of many international partners, including the United States Embass, International Organisation on Migration, United Nations, WOTCLEF, American Bar Association, UNICEF among others.

It is on record, that Edo State has long been an internationally recognized sex trafficking hub, with built in infrastructures and networks which support the sale of human bodies. According to International Organisation on Migration, about 94% of all Nigerian women trafficked to Europe for prostitution hail from Edo State, with Italy being the number one destination country. In fact, a 2003 United Nations Interregional Crime and Justice Research Institute Report concluded that “virtually every Benin family has one member or the other involved in trafficking either as a victim, sponsor, madam or trafficker.” The souls and bodies of survivors are turned into commodities for financial gain while the survivors themselves are held in debt bondage, severely abused (often gang raped and physically assaulted), starved, tortured or infected with various sexually transmitted diseases before being deported back to Nigeria. Others who are victims of organ trafficking are murdered and never make it back to Nigeria.

This gave birth to the creation of Edo State Task Force Against Human Trafficking , by Governor Obaseki in August 2017, to fight the scourge of human trafficking and unsafe migration in the State. Currently, the agency has 9 zonal commands located in Lagos, Benin, Enugu, Uyo, Sokoto, Maiduguri, Oshogbo, and Makurdi.

Since its creation, NAPTIP has convicted numbers of human traffickers. Between 2003 and 2017, the Agency has rescued over 3000 victims.

Mrs. Okoh-Julie led agency has been at the forefront of rescuing and rehabilitating Nigerians from Libya, while it keeps receiving partnership supports from different organisations.

Statistics shows that NAPTIP has received about 23 reports of sexual offence in recent times, while 29 verified sexual offnces have been reported. Also, NAPTIP has successfully convicted about 15 cases, with the aid of different service providers.

With the high record of trafficking girls to Lybia for illicit acts, NAPTIP has successfully nabbed over 200 human traffickers across the nation, who never knew they would meet their waterloo so soon.

This is a clarion call on Federal Government and its relevant bodies, to further equip NAPTIP, an agency which has proven beyond reasonable doubts, that it is up to the task in combatting trafficking of our Nationals to the diaspora for illicit and clandestine acts.