By OReporter (self media writer) | 1 year ago

The Inspector General of Police (IGP) has banned the Special Anti-Robbery Squad (SARS) in Nigeria after which youths across the nation, and also many support from the world, have protested and then led to the end of the brutality of the police.

Thus, the IGP has now announced the beginning of the work of the SWAT members in place of the Special Anti-Robbery Squad (SARS).

This has now led to the reactions of many Nigerians as they believe the same story that happened with SARS will happen with the SWAT (Special Weapons and Tactics) members. 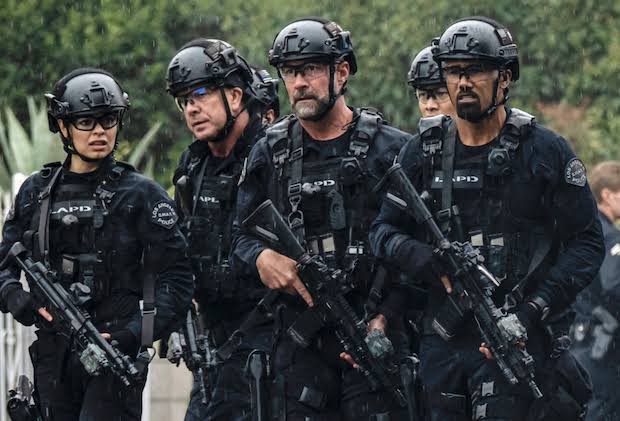 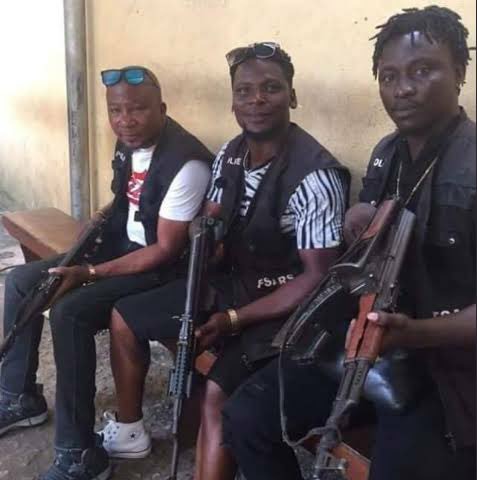 Below are some comments made:

"The SWAT I see in Mission Impossible no dey stand for road do stop and search o."

"The audacity of this government to try and deceive us that they ended SARS and in less than 48hours are coming up with a new unit(SWAT) that will resume training next week.

Oga if we don't see portal for applicants and if una no pick me when I apply #EndSWAT is the hashtag!!"

"Takes them years before they could End that Menace (SARS) on paper due to protest, but took them 48 hours to establish SWAT with speed of light.

The earlier y’all get it that SARS=SWAT the better it is for all of us.

"The Inspector General of Police, IGP Mohammed Adamu has set up a new Police unit to take over from the banned SARS group of the Nigerian Police Force. It is now known as Special Weapons and Tactics (SWAT).

The new hashtag will be #EndSWAT

I said it first."

"1. Swat must not ask for our phones.

2. Swat must not be seen on the road(except during special)

3. Swat must be properly dressed at all times with official police vehicle.

4. Swat must not conduct random stop and search."

"From SARS TO FSARS

now SWAT, tomorrow they will change it to FSWAT. It seems the Government don't understand what we are fighting for yet. The return of the SWAT personel will be deadly if the same men of SARS will be redeployed.

Below are some screenshots extracted: 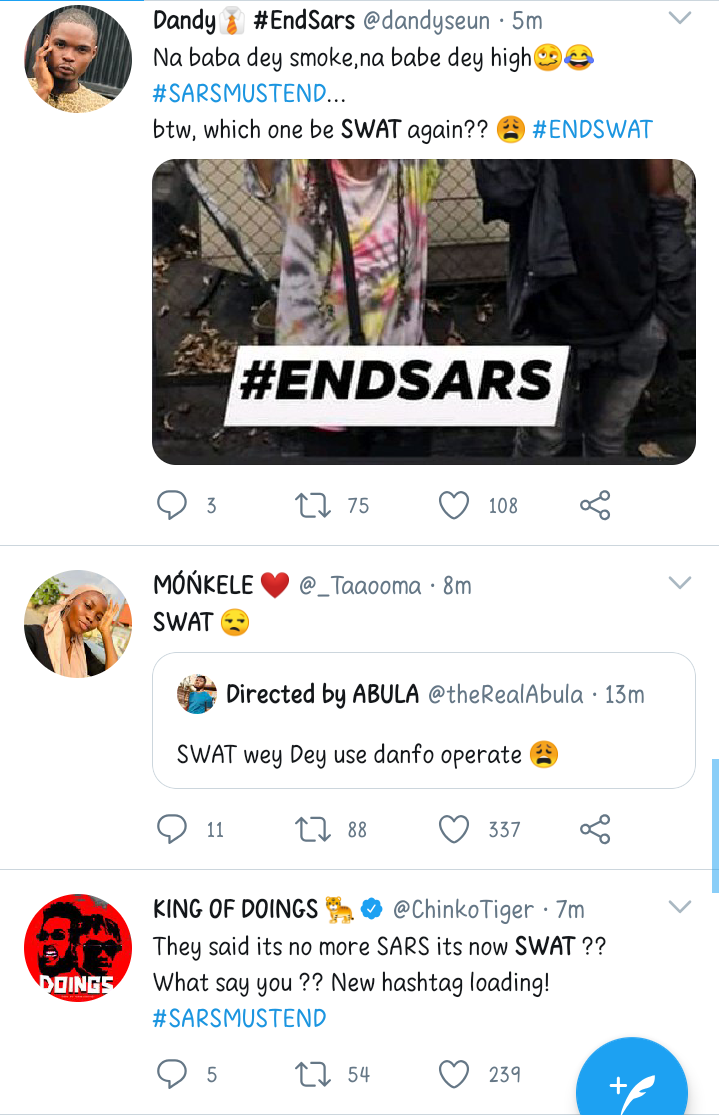 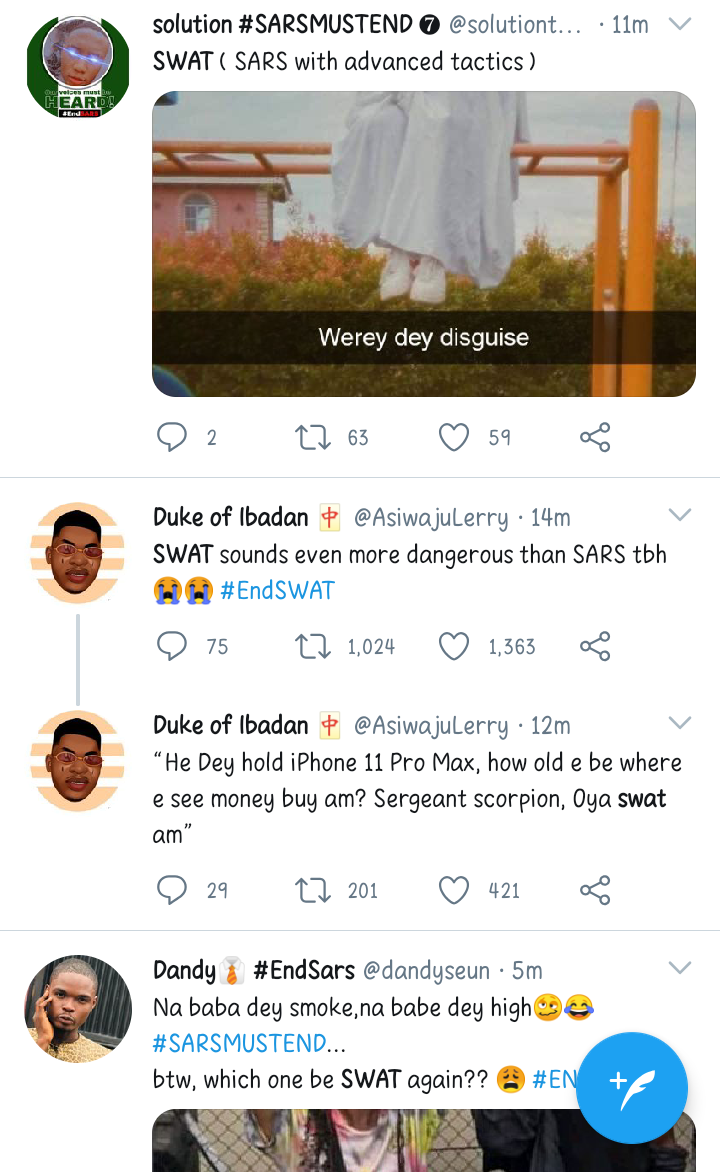 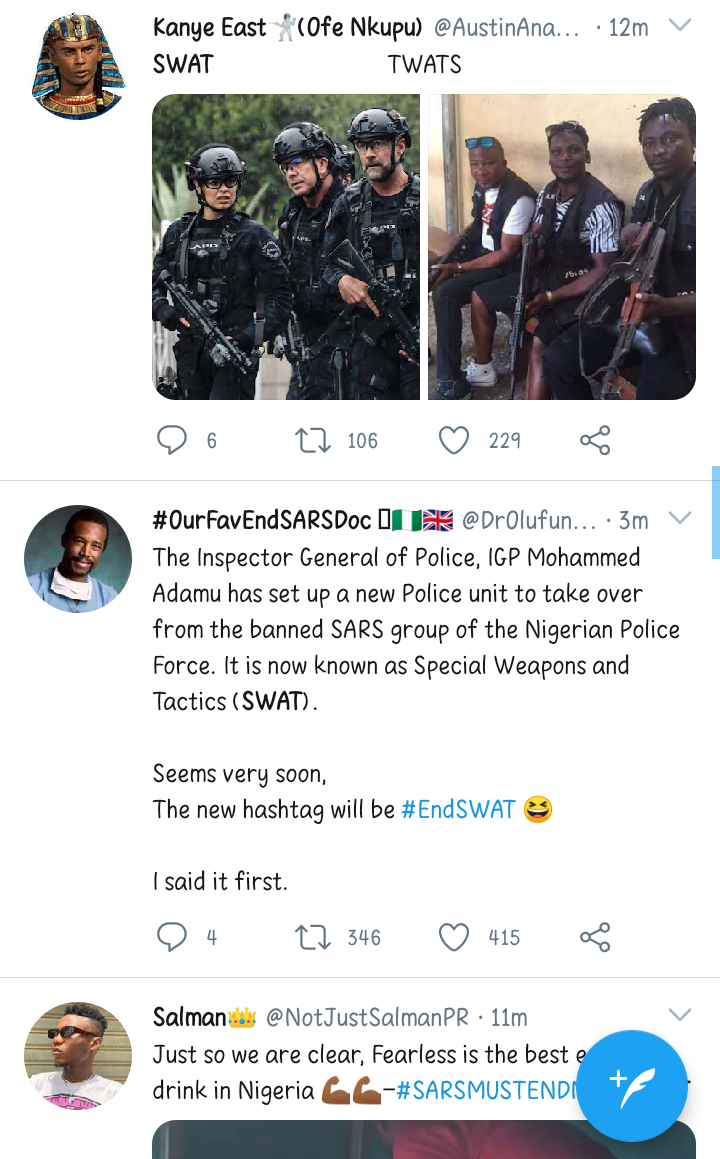 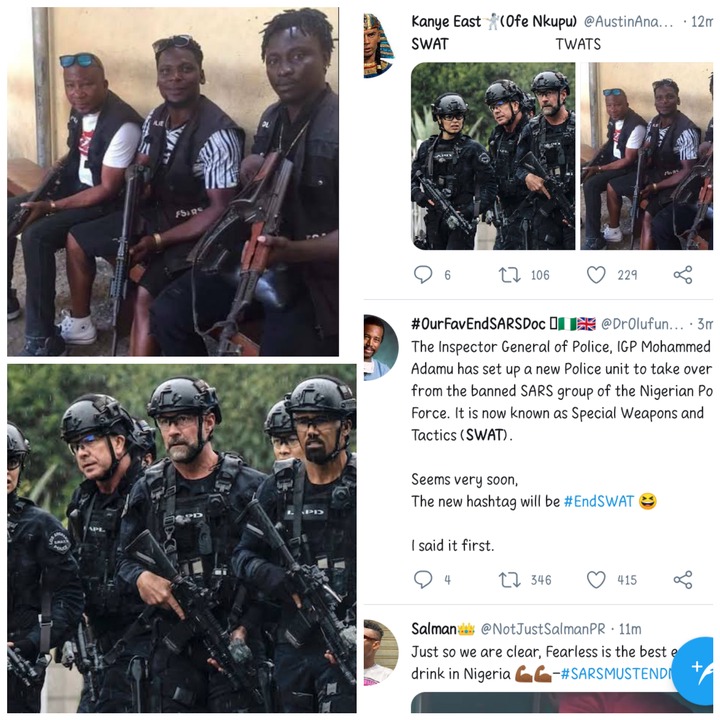