Nigerian man commits suicide after getting accused of abuse and assualt by his friend. 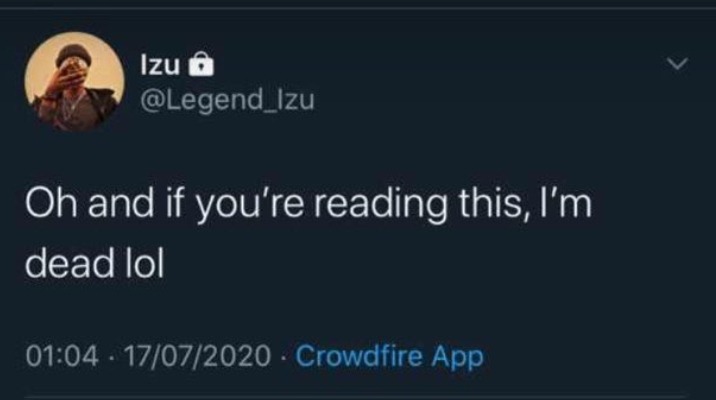 "Oh and if you're reading this, I'm dead" these are the last words of Izu Madubueze a Nigerian fashion designer with big dreams of owning his own warehouse and company one day, but these dreams were dashed when he chose to end his own life on the 17th of July, 2020 because of a twitter drama that led to him being accused of "non-physical sexual assault " whatever that means.

The direct messages exchanged between him and his supposed friend showed her trying to pass the narrative that she was the defender of the abused and a liason between the abused and their abusers. She added Izu to her list of people ladies should avoid because they are apparently 'abusers' and when Izu politely asked her to tell him the person behind these accusations, she refused to tell him who his accuser was, claiming that the person was not ready to come forward. How will you accuse someone of abusing you with an anonymous account, and then you won't even allow the person to defend himself by giving the specifics of what he actually did. Izu was faced with a lot of people calling and messaging him and sending accusations of the things he did, and none of these people bothered to listen to the side of his story.

Now a lot of people would blame him for taking his own life if he was indeed innocent, but the truth is, we all have our limits and breaking points, we all have the emotional struggles we go through, and just because other people would have the strength and will power to fight these accusations doesn't mean another person can. He was a person that just wanted peace, and to settle things amicably, but his accusers didn't bother to consider his mental health before moving with full blast energy to ruin his reputation for the most unreasonable accusation of the century. I hope they all learn their lessons and face the consequences of their actions. 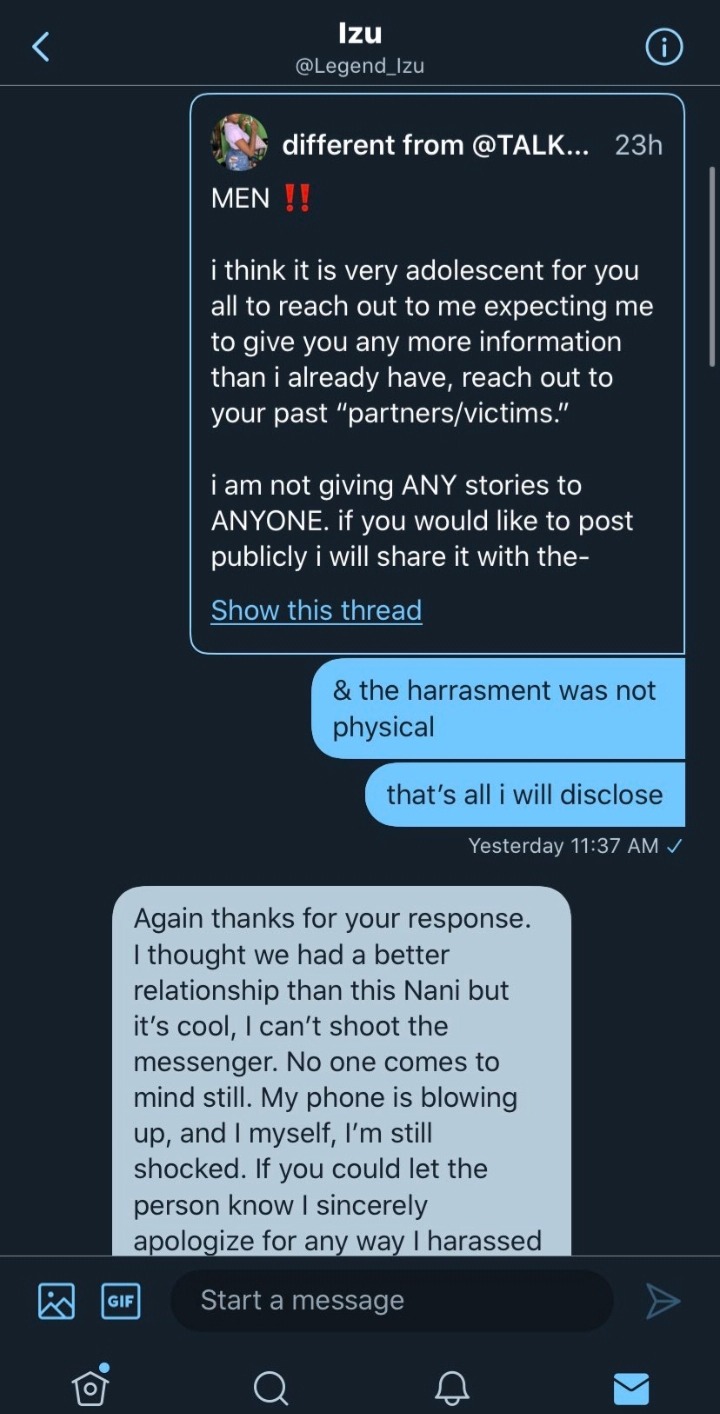 Here she is justifying the list she created as 'spreading awareness' even though she never asked him his side of the story, how is that fair?

This is a screenshot of the chat between the person who claimed to have been assaulted and Izu, his offence was that he told her he wasn't ready for any serious relationship and would prefer just something physical, that was what these people termed 'Physical sexual assualt and abuse' what is wrong with these people, because I am honestly devastated and irritated by how this story played out. 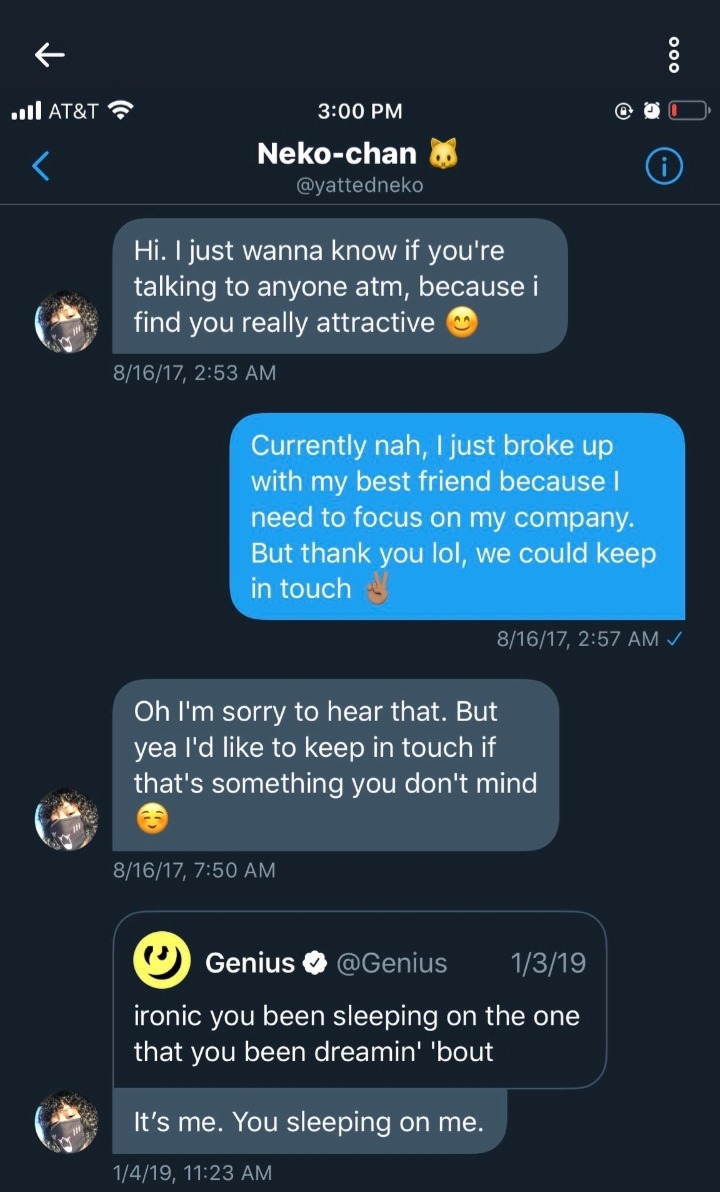 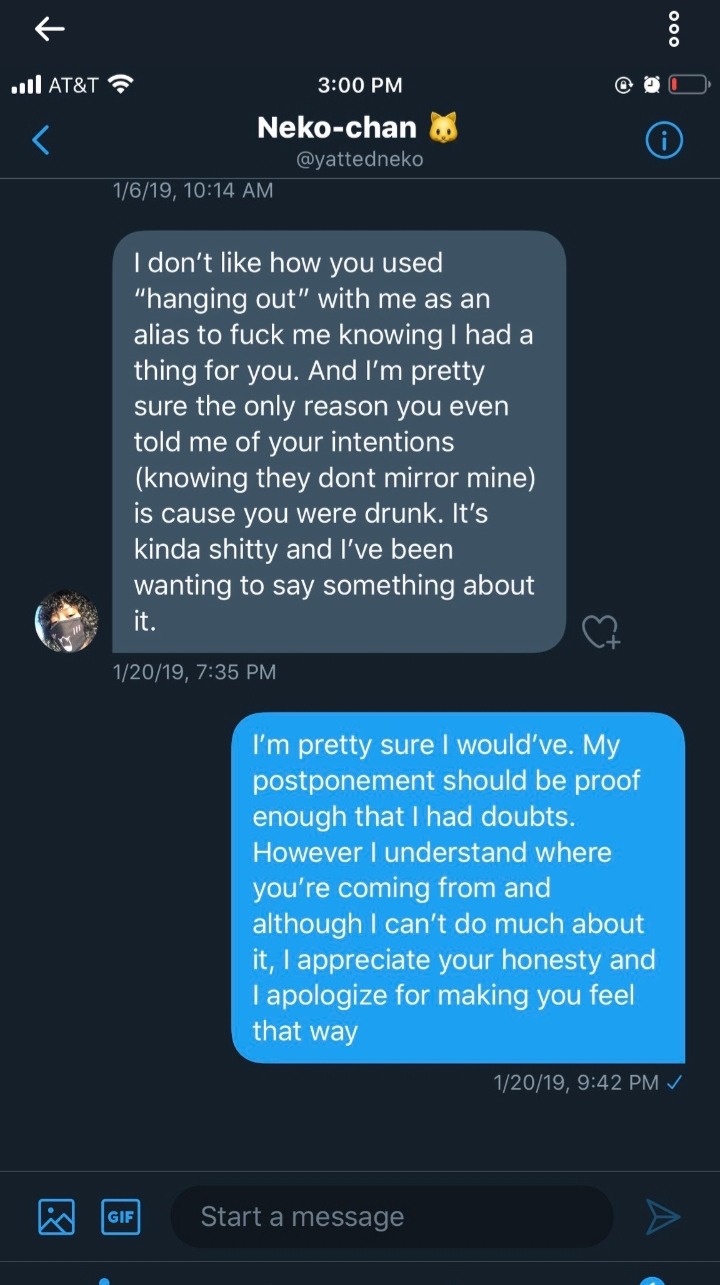 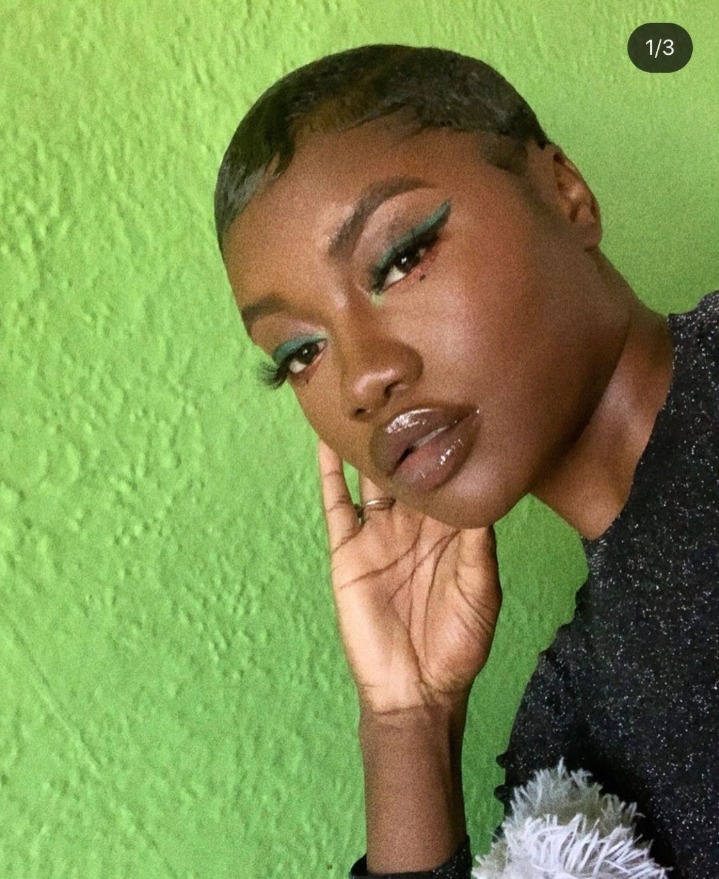 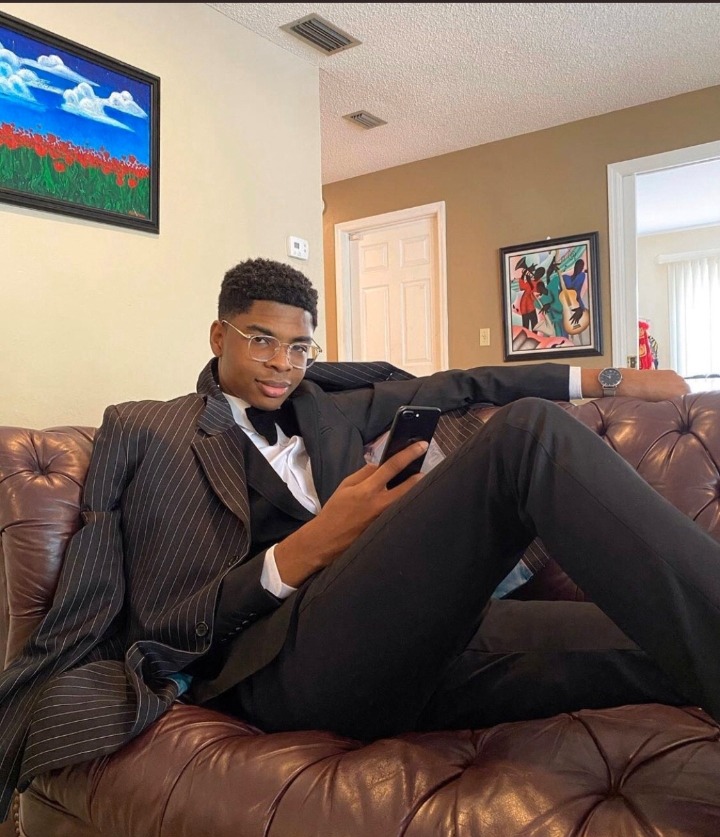 This is Izu Madubueze, and he deserved better than the short life he lived, he deserves justice. 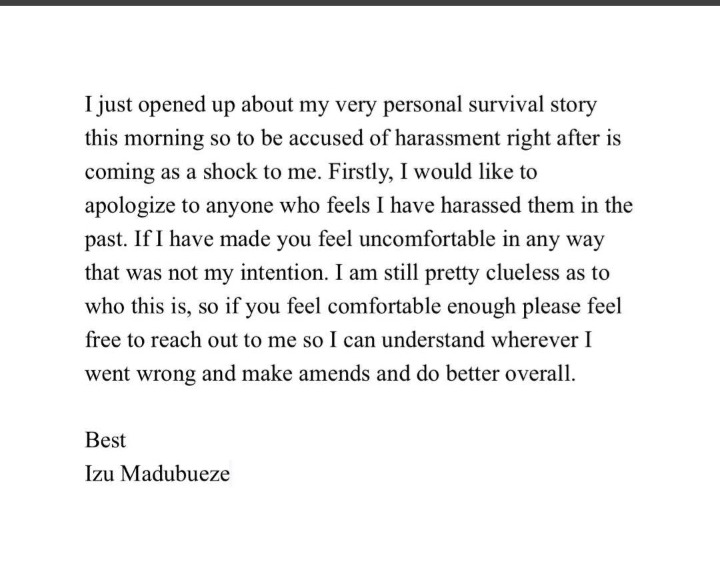